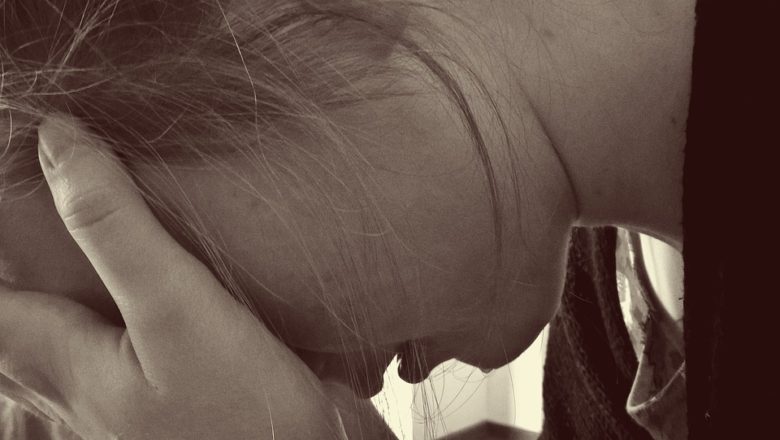 What do those three men have in common? Besides being dead? Well, in 2017, they spent some time in the news. Jefferson, the slave owner. Yawkey, the Red Sox baseball owner who adamantly resisted integration. Lee, a general in the Confederate army. Deceased, their names were resurrected in op ed pieces, news stories, television commentary and blogs. A verdict was rendered. They’re wrong. They’re racists. They’re the bad guys.

The proposed removal of a statue of Robert E. Lee was at the center of the fatal clash of white supremacist demonstrators, counter-demonstrators and Antifa in Charlottesville, VA in August of that year. New voices began calling for statues of Thomas Jefferson to be removed. John Henry, the current owner of the Red Sox baseball team, shortly thereafter called for the renaming of Yawkey Way, a street I have walked on my way to Boston’s Fenway Park. So, why the call to remove their statues and pull their names from street signs? Because they were racists.

I’m glad we are talking about racism. Very glad. The Bible condemns it. Racism is an evil, and it should be named and condemned. We don’t want to celebrate it. We don’t want to encourage it. Symbols like monuments and street names and statues have a weight and influence to them, and it’s legitimate to question if certain ones should remain.

In the noble fight against racism and other evils, however, we risk making a dangerous—perhaps fatal—judgment, namely this: A person’s entire identity is defined solely by her worst behavior. We can reduce a partly wrong person to nothing but his wrong. The failure is all we’ll see.

I’ve seen this when it comes to felons. That’s the label we give them. Felons. I dislike the term because of what we do with it. “Felon” could simply mean “one who’s committed a felony” but we struggle to leave it there. The label subtly becomes a slur that sums up the person’s life and identity. Felon. The worst thing the person has done becomes their core identity. “You know she’s a felon, don’t you?” “We can’t risk hiring him because he’s a felon.” Any other good the person is or does is buried under the label “felon.” All we want to see—or choose to see—is felon. It’s all or nothing.

Labels have that “all or nothing” gravitational pull. The pull invariably creates a kind of separation. There are bad people like felons, and there are good people, like me, who haven’t done the felony thing. Good guys and bad guys. You’re one or the other. No middle ground. This happens all the time with those who have, in a misguided moment, committed a felony. This all-or-nothing labeling breaks God’s heart. In good moments, it breaks mine.

Some of you share my concern about how we characterize “felons.” But are we doing the same thing with racists? Jefferson and Yawkey and Lee had racist attitudes and behaviors. Jefferson owned slaves and likely fathered children by one of them. Lee, too, was a slaveowner and defender of the Confederacy. Yawkey’s team, the Boston Red Sox, was the last MLB team to integrate, reluctantly so. We need to call their behavior out. We need to name the evil. It’s fair to use the term racist, but is it fair to summarize their entire identity by that? Is it fair to bury any good they did under the singular label “racist?”

Is that their only identity? Jefferson was a brilliant statesman who helped to craft our American democracy. Do we bury that entirely under his sins of slavery? Yawkey was a philanthropist whose foundation today helps families across all racial lines. Do we simply bury that under his racism as if it doesn’t exist? That’s easy and tempting, but is it fair? Is it how we wish to be treated…to have our lives singularly defined by our worst behaviors?

And doesn’t racism develop in good people? Like you or me? In the aftermath of Charlottesville, President Obama tweeted: “No one is born hating another person because of the color of his skin or his background or his religion,” a loose quote of Nelson Mandela. It garnered the single most likes of any tweet in Twitter history, 3.8 million likes. But if his statement is true, doesn’t it beg a certain grace for the Jeffersons and Yawkey’s, who were influenced by their own parents and culture? Were they not also good kids who were influenced by the significant people in their lives? Again, is it fair to ignore our own mantras and make their racism the sum of their lives?

I have asked if it’s fair. I will also ask if it’s healthy. Is it good for the world? Is it good for Charlottesville? Is it good for us? Is it good to label the bad people, like felons and racists and white supremacists and Antifa and to then distinguish them from the “good people” like us? Does this “all or nothing” labeling and separating help us actually fight racism or does it end up dividing us, corrupting us and ultimately condemning us all?

The Bible soberly reminds us that “all have sinned and fall short of the glory of God…” (Romans 3:23) The reality is that all of us are a mix of good and evil, and all of us need the forgiveness of God and the righteousness of Jesus. This singular labeling of the “good” and the “bad” blinds us to the evil in us, inflates our arrogance, and builds walls between us. This quest to identify those bad guys, to label them, to shame them and eliminate them is its own kind of evil. It’s also self-defeating. After all, once we get rid of all the bad guys, who’s left?

I think some statues need to be toppled, but if in the tearing down, I’m erecting the idea that people should be defined solely by their worst behavior, eventually the demolition crews will be coming for me. Nobody escapes that wrecking ball. As Jesus soberly warned: “For in the same way you judge others, you will be judged, and with the measure you use, it will be measured to you.” (Matthew 7:2)

It’s another way of saying, “what goes around, comes around.” And once we’ve justified defining partly wrong people solely by their wrongs, the day will come when we’ill find that our wrongs are all that people choose to see in us. We, who today ostracize, will one day be the ostracized, identified solely by our sin. In her song, Fallen, Sarah McLachlan laments the “missed step” that has left her unredeemable, rejected even by former friends, who turn their heads away. Alas, what goes around, comes around.

No one escapes. But God offers a wonderful promise to the fallen and labeled and ostracized:

Do not be deceived: Neither the sexually immoral nor idolaters nor adulterers nor men who have sex with men nor thieves nor the greedy nor drunkards nor slanderers nor swindlers will inherit the kingdom of God. And that is what some of you were. But you were washed, you were sanctified, you were justified in the name of the Lord Jesus Christ and by the Spirit of our God. (1 Corinthians 6:9-11, NIV)

“And that is what some of you were.” That’s all people could see in you. That missed step. That sin. That failure. You were buried under a label, but God gifts you a new identity.

Fallen, but forgiven.
Racist, but redeemed.
Swindler, but saved.
Cheater, but cleansed.
Liar, but loved.
Addict, but accepted.

Yes, Sarah, there is a way to be redeemed. Jesus has made it possible. God sees the beauty beyond your failures. The old song assures: “He looked beyond my fault and saw my need.” God sees need and extends grace.

Shouldn’t we do the same? Because God sees in us the beauty behind the beast. Because we don’t want to be identified solely by our worst behavior. Because God will judge us as we have judged others. Because Jesus said…

[Feature photo by Counselling at Pixabay.com]

For each weekday of the month of July (and Aug. 1-3), I am blogging a chapter from my book, Partly Wrong, to be published this fall. This blog is chapter twenty-one. I welcome any feedback that will help to make it a better chapter.