What’s Wrong With the World? 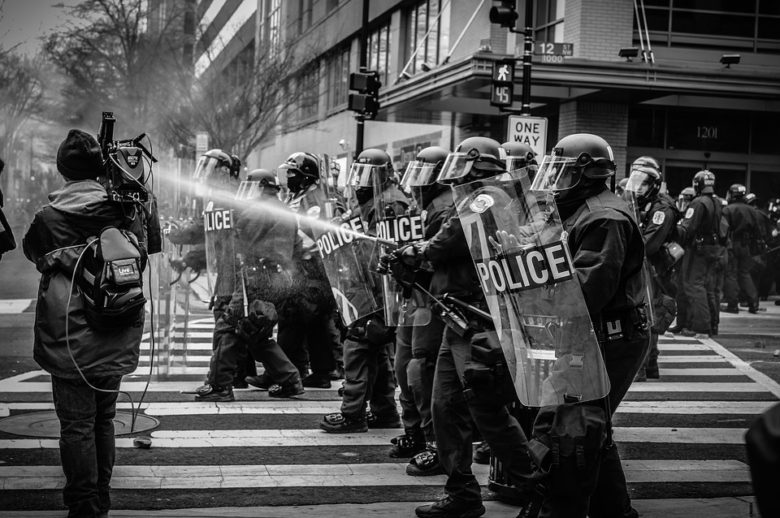 Trolling my van’s radio dial for classic rock on a recent drive, I happened across two voices.  It was talk radio.  I immediately picked up the voice of a caller who spoke fluent Christianese.  What was wrong with the world, at least for that hour’s discussion purposes, was single moms whose families were supported by state money.   Caller and host spoke with great passion and annoyance.

I winced as the radio host casually referenced “those people.”  The caller quickly clarified that she was not one of “those people,” that her six children had one father, who lived at home and worked. They—caller and host–agreed: We’ve got to do something about “those people.”  They discussed ideas, including requiring “those people” to attend church training.   I’m biting my tongue at this point.

It is sobering and disturbing how often we Christians paint “those people” as what’s wrong with the world.  We list off all the evidences of dark things are, how deeply our world has fallen from the heart and ways of God, citing alarming statistics regarding abortions, suicides, AIDS, crime, addiction, murder, divorce, single parent families, etc. And those soul-filled statistics are deeply troubling.  Something has gone wrong with our world.

Decades ago, the London Times selected a variety of writers to submit an essay on the question: “What’s wrong with the world?”  Perhaps the most memorable essay was submitted by a controversial Christian writer, whose essay was composed of two words.   “I am.”  He signed it, “Sincerely yours, G.K. Chesterton. (Soul Survivor: How My Faith Survived the Church, Philip Yancey, Random House)

Do you dare consider the possibility that you are a part of what’s wrong with the world? Do I? We should…if I accurately understand the words of Jesus, who said:

“You are the light of the world. A town built on a hill cannot be hidden.  Neither do people light a lamp and put it under a bowl. Instead they put it on its stand, and it gives light to everyone in the house.  In the same way, let your light shine before others, that they may see your good deeds and glorify your Father in heaven. (The Bible, New International Version, Matthew 5:14-16)

Here is the funny thing about darkness.  It only exists as the absence of light. You don’t have a switch in your house to turn on the darkness.  Darkness comes when you turn off or cover the light.  So, if our world is dark, it begs the question: What happened to the light?  How has the light been covered or veiled?

If I understand Jesus’ words, partly wrong people must see how they are part of the problem and ask God to help them change and bring more light.  We must pray: “God, help me see where I am not living out the light.  Help me see where I am wrong and contributing to the darkness.”  When considering what is wrong with the world, partly wrong people must start with the person who greets them in the mirror each morning, as Michael Jackson memorably reminded us.

If we blame what is wrong with the world on “those people”, we change neither them nor us.  We both stay as wrong as we ever were.  But when we humbly ask God to help change us, part of the world gets better and we are then in a better position to help others see where they may be part of the problem.

This is precisely what Jesus tells us to do: “…first take the plank out of your own eye, and then you will see clearly to remove the speck from your brother’s eye.” (The Bible, Matthew 7:5, NIV)

So, why don’t we all look in the mirror, and start working on that plank.  So, how do you identify the plank…or planks?  You need outside help to see what you cannot. The Bible psalmist prayed: “But who can discern their own errors? Forgive my hidden faults.” (Psalm 19:12, NIV) On a regular basis, I ask God to reveal flaws in me that I cannot see. If I could go back to that afternoon listening to talk radio, I would ask God to show me any subtle “those people” attitudes that I myself entertained. God, show me the planks.

As you read the pages of the Bible and encounter stories of the broken choices of others, ask God: “Could I be doing that same thing?” Seek out a friend who loves you enough to be honest, and ask them about a flaw or sin of yours that needs attention.  You may need to clarify that they point out just one for starters!

Operating from this posture of humble teachability, God will begin to show you ways in which you are what is wrong with the world.  Don’t be discouraged when He does, because no one is more eager to help you change those ways than He is.

[Feature photo by StockSnap on Pixabay.com]

[For each weekday of the month of July (and Aug. 1-3), I am blogging a chapter from my book, Partly Wrong, to be published this fall. This blog is chapter six. I welcome any feedback that will help to make it a better chapter.]