What Sodom Got Wrong 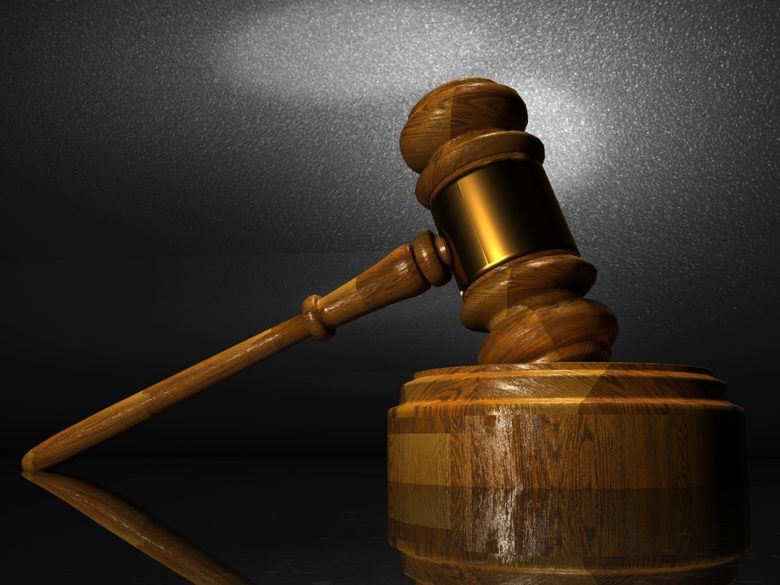 “At least I’m not an axe-murderer.”  This is a colorful way of saying, “I’ve got issues, but not like others do,” or “Sure, I’m wrong on some things–small things–but I’m not wrong on the big things. I struggle with sin, but not with the serious stuff.”  This thinking is founded on one critical assumption: some wrongs or sins are worse than others—more serious, more offensive, more harmful, more evil, more disturbing to God.

I used to believe that.  It seemed quite obvious, in fact, but God took me on an uncomfortable journey through the Bible that challenged my assumptions and exposed my heart.  I’d like to take you on that same journey–partly because I don’t want to be uncomfortable all by myself, but mostly because the Word of God did a world of good in my heart.

I want to start the journey with an exercise that will involve some reflection on your part. Humor me.  Below is a list of behaviors and choices that various people would label as sin–things they believe God identifies as wrong.  Read slowly through the list and reflect on these questions: Do some of these feel “worse” or more serious than others? Do some feel wrong at all?  Or do you read through these and have the feel that they are all the same?

Stirring up trouble in relationships

Coveting something that belongs to someone else

Ignoring the needs of the poor

Thinking you are superior to another person

Consuming too much on yourself

Withholding forgiveness from someone

Not caring for the needs of immigrants

Loving something or someone more than God

Now, we are in a position to see how accurate we are in assessing evil.  You see, in the Bible, you will occasionally see the word “abomination” or “detestable” or the phrase “God hates” this behavior.  In a few places, there is actually a listing of such behaviors. I thought it might be helpful for us to consider three such lists to help us assess our own lists.  Before we check out the first list, go ahead and pull out your “serious sin” list, and let’s see how it compares:

“There are six things the Lord hates, seven that are detestable (or “abomination,” in the King James Version) to him: haughty eyes, a lying tongue, hands that shed innocent blood, a heart that devises wicked schemes, feet that are quick to rush into evil, a false witness who pours out lies and a person who stirs up conflict in the community.”  (Proverbs 6:16-19, NIV)

I don’t know about you, but the only thing on the list I would have labeled as detestable is murder.  How is it that I never think of lying as detestable or an abomination? Or looking at others like I am superior to them?  Could it be because I lie and look down at others often but have never murdered someone? Those murderers do detestable things, but not me!

Here is what gives me pause. I’ve done six of the seven things on this “detestable” list, but I only see one as detestable…the one thing I haven’t done.  Is that a remarkable coincidence or remarkable hypocrisy? Hmmm. Or maybe I just got unlucky on this list. Let’s try another one.

There is another “serious” list in the Bible, recorded in Romans, chapter 1.  The Apostle Paul introduces this list with these words: “The wrath of God is being revealed from heaven against all the godlessness and wickedness of people, who…”  He lists all kinds of things, but I will take us partway down the list to this section, which reads:

“In the same way the men also abandoned natural relations with women and were inflamed with lust for one another. Men committed shameful acts with other men, and received in themselves the due penalty for their error.  Furthermore, just as they did not think it worthwhile to retain the knowledge of God, so God gave them over to a depraved mind, so that they do what ought not to be done. They have become filled with every kind of wickedness, evil, greed and depravity. They are full of envy, murder, strife, deceit and malice. They are gossips, slanderers, God-haters, insolent, arrogant and boastful; they invent ways of doing evil; they disobey their parents; 31 they have no understanding, no fidelity, no love, no mercy.  (Romans 1:27-31)

Paul references same-sex sexual intimacy in this list.  Now I know some people would absolutely put this on their “wickedness” or “abomination” list.  But in this exact same passage, the Bible lists wicked behaviors like “gossip, withholding mercy, greed, envy, and disobeying parents.”  Wow. I don’t know about you, but none of those made my “really wicked” list. How convenient, particularly since I have been greedy, unmerciful, disobedient to parents, envious, etc.  Surely, that is just another coincidence, right!? There is no way I would downplay the seriousness of my own sins and demonize the sins I don’t commit. Right? By the way, how are you doing with your list?

So, God led me to one more “list” check. The Bible recounts the sobering judgment of God against an ancient city called Sodom.  God literally destroyed the entire city and virtually every person in it. This still staggers and disturbs me. A city had become so corrupt and so dangerous that God would think it best to eliminate that city.  What could they have possibly done to bring this kind of judgment on them? Well, the prophet Ezekiel gives us a list of their sins.

‘Now this was the sin of your sister Sodom: She and her daughters were arrogant, overfed and unconcerned; they did not help the poor and needy. 50 They were haughty and did detestable things before me. Therefore I did away with them as you have seen. 51 Samaria did not commit half the sins you did. You have done more detestable things than they, and have made your sisters seem righteous by all these things you have done. (Ezekiel 16:49-51)

Here is a basic paraphrase of the list.  The people of Sodom thought they were right about everything and superior to others.  They consumed too much on themselves.. They were apathetic and did not help the poor and needy.  They were arrogant and did detestable things. And while Ezekiel did not specify the “detestable” things, some have identified that as their homosexual lifestyle and practices.

Now, I grew up in the church, and we tended to rank sins, and I assure you that homosexuality was near the top of the “abomination” list.  In fact, it was the only sin of Sodom that I ever heard mentioned. The ONLY one. When it came to over-indulgence and not helping the poor and needy—I’m not even sure they even made our “sin” list, much less a “worthy of fiery judgment” list.  Never in all my church life do I recall hearing that arrogance or materialism or failure to care for the poor were the reason for God’s judgment of Sodom.

Oh, and did you catch what God said through the prophet to His chosen people, Israel—the “people of God?”  I’ll paraphrase: Your sins are far worse than Sodom’s sins. Your sins make the people of Sodom look like Mother Teresa.”  While I don’t remember Israel being rebuked by God for their homosexuality, they are repeatedly chastised by God for arrogance, disregarding God, neglecting the poor.  Among so many church voices I hear today, there is no hint that we—the non-gay Christians—could possibly be violating shalom or disobeying God more than gays. If I understand the words of the prophet, our hypocrisy and arrogance may well be the primary source of God’s greatest judgment.  After all, it does appear that the “first ever” sin in the universe–and source of every other sin–was the arrogance of Satan. It seems that a primary manifestation of arrogance could be castigating the wrongs of others while downplaying our own wrongs or dismissing the altogether.

As God took me down this journey, He exposed my heart, and indicted my own evil. I had to throw away my “really bad sins” list.  Maybe you fared better than I did.

Are some sins worse than others? I can’t answer that question with any certainty, but I don’t think you and I have any business trying to make that call, and here’s why.  Our answers lead to more sin, more wrongs, and more violation of God’s shalom. Invariably, we are selective and hypocritical. When assessing the sins of others as “worse,” we find it easier to judge them and harder to love them.  Further, we almost always trivialize our own sins and wrongs, minimizing our own desperate need for grace and forgiveness. Attempting to rank sin increases our own. It moves us further from God’s heart rather than closer. It gets us more wrong than right.

Every sin is a violation of shalom and moves us further from God’s heart. Every sin is evil. Our greatest need is to acknowledge our own sin and come back home to the Father who longs to forgive our every sin, even the hypocrisy and arrogance of ranking the sins of others. Our humble calling is to tell other sinners that God offers us all a pardon and a way home, made possible by Jesus.

[Feature photo by Activedia at Pixabay.com]

For each weekday of the month of July (and Aug. 1-3), I am blogging a chapter from my book, Partly Wrong, to be published this fall. This blog is chapter nine. I welcome any feedback that will help to make it a better chapter.