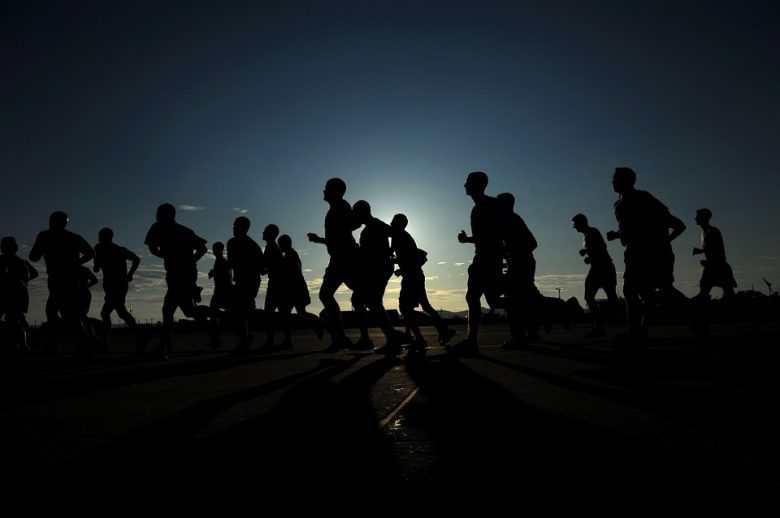 On February 23 of this year, Ahmaud Arbery, a 25-year old black man, went out for a jog in the Satilla Shores area of Glynn County, GA. Two white men, Travis McMichael and father Gregory McMichael, who later said they believed him to be a burglar, chased him down in a pickup truck, got out with loaded weapons, blocked his path, and demanded he stop. When he refused and attempted to run around them, Travis attempted to forcibly stop him, leading to a struggle during which he fired his gun, ultimately killing Arbery, who bled out in the street.  The event was captured on video by a third man who was involved in the pursuit of Arbery.  That video, which prosecutors had initially seen, was leaked to the public weeks later, leading to a national outcry.

The two white men were not initially charged, with the Judicial Circuit District Attorney, George Barnhill, determining that there was no evidence of a crime, after which he recused himself from the case.  74 Days after the killing, the Georgia Bureau of Investigation charged the two McMichaels with felony murder and aggravated assault. Shortly after, a shadowy second video emerged.  It showed a man who may have been Arbery walking into and out of a house under construction on the day of his murder.

For some, this substantially changed the narrative. Conservative commentator, Candace Owens, tweeted: “We went from ‘just a jogger’ to ‘just a trespasser’ real quick. That’s because a lie makes it way around the world before the truth gets out of bed. Our media is despicable.” (Twitter, May 9, 2020)  Let’s see if I follow this? Our media is despicable because they lied that Arbery was a jogger instead of the truth that he was a trespasser. After a brutal murder, the act she found despicable was some media outlets identifying Arbery as a jogger.  Let me tell you one reason why this was especially jarring for me.

Months earlier, I went for a Sunday afternoon walk in my parent’s neighborhood, which happens to be located in Georgia. A recently built gated community, it’s still bustling with new construction. Dump trucks, cranes, and construction fascinated me as a kid, and they still do. Walking, I approached a house that had been framed, roofed and sided. Not yet plumbed, there was a Port-a-John outside on the hard red clay…you know the look. The garage and doors were open, which pulled me like a magnet to inspect the interior framing: walls, stairs, hallways. It was fascinating. I could’ve looked around for an hour but it was only a couple of minutes before I continued on my walk.

Uh, am I the only one who has done that before?  Seriously, have you never done something like that?  If not, you are a credit to the American way, and thankfully, Mrs. Owens won’t be able to attach that despicable label “trespasser” to you.

I, however, am a bit of a serial trespasser. I’ve curiously examined multiple construction sites. I once snuck onto a closed golf course and hit a few balls with a friend I’ll not name. I’ve cut through people’s yards on multiple occasions…without permission.  And there I was again, checking out that new house being built down the street from my parent’s.  I later told my wife I went for a walk. Apparently, I should’ve told her I went out for a trespass.

Some of you will want to give me a pass, having done something similar.  “Obviously, Roger, you were just curious.  That’s different.” Different than what? Now we’re jogging in the neighborhood of a central concern about racism and injustice. I was just curious, you say. This is specifically not the narrative Mrs. Owens and others assign to Ahmaud Arbery. This is what my black brothers encounter constantly. I get the assumption of curious intent and they get the assumption of criminal intent. Is that too strong? Imagine your own reaction; I’m asking myself to do the same. On the basis of a grainy video, Mrs. Owens defines Ahmaud Arbery’s last hour alive with a criminal label. “Just a Trespasser.” Exact Quote.  Black, he couldn’t be a curious jogger.

Tragically, this has the effect of downplaying the horror of what should rightly be tried as a lynching of Ahmaud Arbery. Mrs. Owens allows that he shouldn’t have been killed, but she’s feeding the stereotype that has haunted and hunted black men for centuries, that the attackers were at least justified in assuming criminal intent.  The black man was, after all, a trespasser. Not a jogger. A trespasser. Sorta like jaywalking, Michael Brown’s trespass minutes before he was killed.

When I read Mrs. Owen’s tweet, I moved from angry to ache and then back to angry and then to somber. I thought about how similar Ahmaud and I are.  We’re both men, we’re both human beings made in the image of God, and we’re both Americans.  Then I thought about the differences between myself and Ahmaud. I was a trespasser, and he might have been. He was a jogger; I was a walker.  He was a black; I was a white. Oh, and this: When I finished my walk, I was alive.