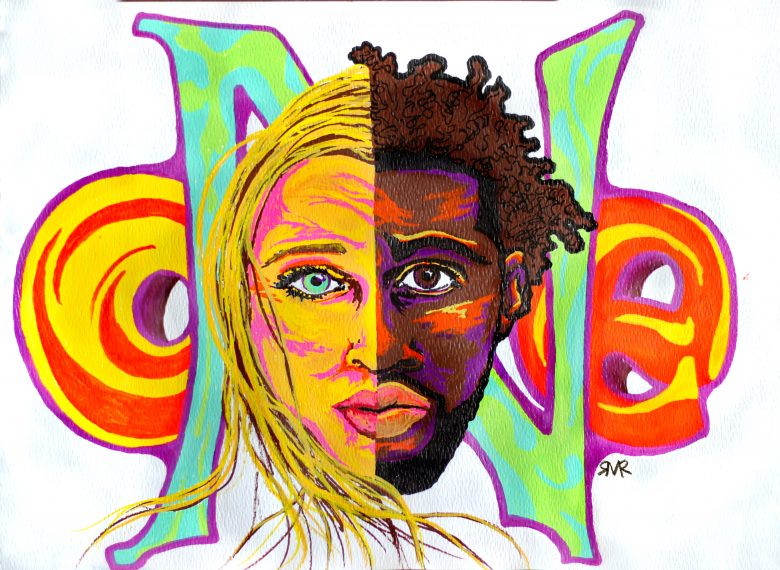 It was a northern city, Chicago, I believe.  A white evangelist and his team entered a local restaurant for a meal. The manager approached them with obvious concern. He was honored they chose his eatery; However, the black man in their party would not be served and would be asked to leave. The evangelist protested. “If you won’t serve him, none of us will eat here, and I’ll be advising others not eat here either.” The manager, well aware of the evangelist’s local influence, abruptly changed his policy and welcomed them in for a meal. All of them.

In 1956, a white writer from the South wrote a small booklet on race relations.  He proclaimed that all people are equal and decried race hatred as wrong but pinned most of the blame for racial hatred and conflict on the NAACP, black ministers like Martin Luther King, Jr. and black editors who have “led Negro people to brood over fancied slights and of limited opportunities.” He further lamented that “white people are wronged when they are made to appear as oppressors of colored people.” He encouraged patience with black people: “Negro people should have some time to earn their way.”

The man in the South and the man in the North have the same last name…and the same first name. They are in fact the same person.  The man challenging racial discrimination in Chicago was the man peddling racist ideas in his writings. I called the man “Grandpa Rice.”  So, why would I tell you such a disheartening, painful story about my grandfather, whom I love dearly?  Because his story highlights two fallacies about racism that are making the problem worse.

The first fallacy is this: Good people can’t be racist.  For clarity, I’m defining racism as ideas and attitudes about race and people of other races that are wrong, that break the heart of God. The first fallacy, then, goes like this.  Nice people can’t have flawed or even evil ideas about people of other races.  Consider how this fallacy plays out in various arenas of life:

Pastors and evangelists who preach love for everyone can’t have racist blind spots.

People who blog about racial fallacies can’t have racist misconceptions.

I believed this fallacy most of my life. At any point before the age of 40, I would have recoiled at the idea that I could have racist ideas that missed the heart of God. Why? I was raised to be kind to all people. I believed that God loved all people. I did too.  I strongly believed that all people were equal before God. And doggone it, I was a nice person who was polite even to strangers. Tragically naïve, I didn’t even think there was much of a race problem, but I was certain I wasn’t part of it.

This fallacy reduces the race problems and racism in our country to a handful of people who outright hate people of other races. Or burn their churches. Or announce their superiority. Or kill. Or call for the annihilation of other races. I once had a white neighbor whose standard description of black people was the n-word, and he had no use for most of them.  I was modern enough to know that was racist. Tragically, the brightness of that kind of racism blinded me to my own.  I was the son of my grandfather, nice to all people, but harboring broken assumptions and attitudes about people whose skin color was darker than mine. And here’s how the fallacy I believed made everything worse.

When the subject of racism came up, I simply tuned out. That wasn’t my problem. A book or talk about racism? I don’t need that. Oh, I know a neighbor who could use that. Those white nationalists need that. But not me. I see this fallacy hurting us everywhere. A church won’t bring in anyone to talk about racial discrimination because we’re good people. A police department nixes any kind of sensitivity training because we don’t have biases around here. Are they the only ones?

When you encounter a book or podcast or TED Talk that suggests you may be racist, do you listen intently or tune it out? Well, Roger, racism is not a problem for me. I’m a justice advocate. I’ve been a Christian for years. My neighborhood is mixed. I don’t even see color. Uh…you’re making my point. What’s hurting us is this notion that good people like me don’t need to change. To repent. To grow.

I didn’t want to tell you my grandfather’s story, but that kind of biographical dishonesty feeds the fallacy that good people can’t be racist.  It also feeds a second fallacy: People with racist ideas or attitudes are bad people. Losers. Monsters. This is twin brother to the first fallacy. There are “good guys” and “bad guys.”  You’re one or the other. Roger’s granddad? What a racist loser! Racism is all we need to know. Perhaps we learn that someone did blackface once. Perhaps they once used the n-word or the c-word. They get the singular label: racist.  Now it’s time to name, shame and disown.  Humiliate them. Fire them. Ostracize them. Finish them. They’re simply bad people.

This has multiple problems. First, it doesn’t help people change.  It allows no room for repentance, for growth, for an honest change of heart. It undercuts the motivation to change. If my past (or even present) choices automatically earn me a label and ostracization, why even try to change? The label has permanent ink. Finally, it fosters pride—an arrogance that there are racists out there and then there are good people like me. Modern. Woke. Sensitive. And we “good” people often become a kind of racism police, profiling others, eager to assign a label at the first hint of a racist keyword. We all lose with this either/or labeling.

I still can’t read my grandfather’s race booklet without anger or tears, but his love for God and others also moves me to tears.  He was neither monster nor hero. He was in fact a sinner saved by grace, who kept growing but never got it entirely right.  That is the human story, and we all must keep growing and giving room for others to grow.

That is the particular grace I have received abundantly from my black friends.  Some of them know about my racist past and more have encountered my racist present. They have challenged me and enlightened me, but not one has labeled me, shamed me or ostracized me.  For all my ignorance and ugliness, they have embraced me as a friend and helped me to keep growing. This also leaves me in tears.

[Feature photo is original artwork from my daughter, Rachel Martin-Raddatz.] 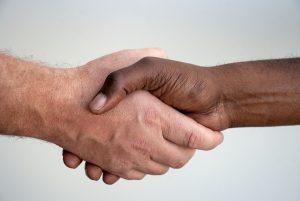 Race Conversations and the White Fear of Saying the Wrong Thing 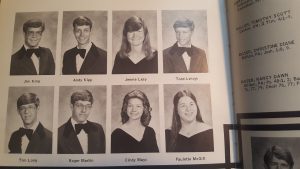