The Last of the Debaters 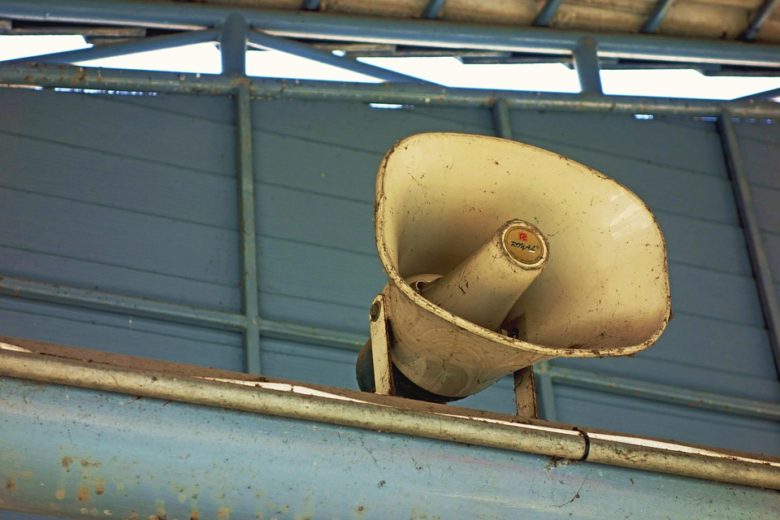 When I was in high school, I loved to debate. I had been honing my craft for years, but my parents failed to fully appreciate my skills. They called it arguing. I disagreed, citing five obvious reasons they were wrong. Years later, Mom and Dad are still in denial…and therapy.

High school allowed me to take my skills from our home to the classroom, where I had a chance to participate in formal debate—an odd format that actually had rules. This debate involved two sides: a proposition and an opposition, affirmative and negative. Each side proposed its view in an opening statement, rebutted the views of the other in a second round, and summarized its position in a final statement. I loved debate.

I loved debating for the same reason that I loved playing sports. I loved winning. Debate was all about winning; So was I. It was a perfect match. And I had some skills that lent themselves to winning debates. Economist Sandy Ikeda, describes such skills.

“Likewise, a good debater, because the object of debate is victory by any means short of violence, will zero in on her opponent’s weakest argument, his most outrageous comment or slip of the tongue, and make it the centerpiece of a relentless attack in the hopes of hammering him to submission or making him look ridiculous in the eyes of any spectators. She will twist subtle argument into absurdity. Ad hominem, the straw man, and name-calling may be logical fallacies, but they’re all part of the debater’s arsenal, as are distraction and attributing false statements to an opponent…. Anyone who doesn’t do such things is a bad debater.” Sandy Ikeda, Discussion Vss. Debate (fee.org, 2014)

Everything Mr. Ikeda listed…I was good at that. I could be pretty funny at times. I could think well on my feet. I had the gift of sarcasm. I possessed uncanny selective logic. I had a good eye for weaknesses and inconsistencies…in others. Did I mention my gift for sarcasm? I was good at winning debates.

I loved debates then. Not any more. I dislike presidential debates. I dislike newsroom debates. I especially dislike religious debates. You know why? Because they usually do more harm than good. Most debates do not help partly wrong people like me get more right. They are more likely to do just the opposite. A debate feels like ignorance and arrogance just waiting to happen.

I don’t like debates now for the very reason I loved them in high school. They are more about winning than learning. With debates, we use won/lost language. Surveys are taken after presidential debates. Polls are conducted after religious debates. Why? Well, you have to figure out who won! And consider the verbs used to describe the way of the winner. I have seen words like crushed, obliterated, owned, demolished, mopped the floor with, dominated. You rarely see words like learned, persuaded, challenged, encouraged, or taught. Debates are about winning, and if you can humiliate the other debater, even better.

On some Christian website, I recently saw a link to a video clip from the Stephen Colbert show where he hosts Bart Ehrman, an author whose recent book questioned whether Jesus is God. The caption read something like: “Watch this, and by the end you will be cheering.” Anytime someone predicts what my reaction will be, I am already skeptical. Uh…you don’t know me. Well, I was not cheering at the end. Steaming, perhaps. Or moaning. Not cheering.

You know why? Mr. Ehrman would make simple statements, only to be repeatedly interrupted by Colbert’s mocking questions. This is, of course, Colbert’s shtick, and the crowd loved it. Colbert sounded like me in my high school debate days. Poke fun at an inconsistency. Question the intelligence of the speaker. Win the crowd to your side with laughter. What was missing was any thoughtful dialogue on a question that really matters. There was nothing to help move Colbert and Ehrman and the audience any closer toward the heart of God.

I see this same harsh debating posture with growing frequency on Facebook and other online social networks. The discussion of any meaningful topic usually turns into a cafeteria fight with people lobbing barbs, accusations, names and labels rather than thoughtful ideas, helpful alternatives, and respectful affirmations. And none of us are any closer then to getting more right.

Debates often create an adversarial environment that discourages learning. When you attend or watch a debate, you almost always lean toward one side or the other. You take a side. Put another way, there is someone you hope will “win.” It is like going to a boxing match. You want “your guy” to knock the other guy out. Debates encourage taking sides. In a debate, you have an “opponent.” Rather than seeing him and his supporters as people who could help me learn, I see them as combatants who are working against me. They are the enemy.

Debates are more about proving that I am right than learning where I am wrong. In fact, to ever admit in a debate that some part of your idea was wrong would result in an immediate “loss” of the debate. Think about that. In a debate, discovering and admitting you are wrong is considered a loss. Learning is actually losing. Growth is a casualty.

Another potential casualty is humility. Debates have a way of fostering arrogance. The central goal of a debate is to convince people that your claim or proposition is right. You must rebut any idea or fact that undermines your claims.You will question every argument that suggests you could be wrong. Debate discourages any thinking that I may be wrong. Oh, and there’s another problem. You can be wrong and “win” the debate. The post-debate poll names you the winner. The Facebook “likes” outnumber the critical comments. The applause for you overwhelms the thin claps for your opponent. It all affirms your confidence that you are right…even when you’re wrong.

When debates are about winning, we all lose. Learning is lost. Humility is lost. Critical thinking is lost. Growth is lost. We need something better than debate. We need dialogue. By dialogue, I mean: thoughtful respectful discussions with others who can help us think through what we believe. We need respectful—even if sometimes heated—discussions that can help us to see where we may be wrong.

We need more dialogue and less debate. In debate, we are trying to prove or expose the other person as wrong. In dialogue, we are discussing things together to help clarify the truth. Debate starts with the belief that I am right and you are wrong. Dialogue start with the belief that we both have some things right and some things wrong, and we need discussion to figure out what is right.

I have come down hard on debate in order to highlight some of its lurking dangers, but I am not looking to end all debate. The one thing I still love about debate is that people who disagree are talking to each other. That’s huge, and I have experienced debates that felt more like a conversation than a battle. If partly wrong people are ever to learn where they are wrong, they must seek thoughtful, respectful dialogue with people who think differently. Let’s debate with a posture of dialogue. When that happens, everyone wins.

Let’s invite those who disagree with us into dialogue. Few people have done this better than Martin Luther King, Jr. If you went right now and read his “Letters from a Birmingham Jail,” to the white Birmingham clergy, you’d learn more about dialogue with disagree-ers than anything I’ve written in this chapter. I will simply quote one of the earliest lines in his letter, along with the last:

If you’ve read the letter, you know that he voiced strong and discomforting convictions while addressing the questions of his critics. So why bookend those comments with such gracious and respectful words? A friend recently heard Dr. Robert Smith Jr. say this about Dr. King: “He wasn’t about winning; He was about reconciliation.” When the goal of our debates is winning, we will lose the things that matter most. When we invite and encourage dialogue, we stand to gain what we desperately need.

[Feature photo by fancycrave1 on Pixabay.com]

[For each weekday of the month of July (and Aug. 1-3), I am blogging a chapter from my book, Partly Wrong, to be published this fall. This blog is chapter seven. I welcome any feedback that will help to make it a better chapter.]