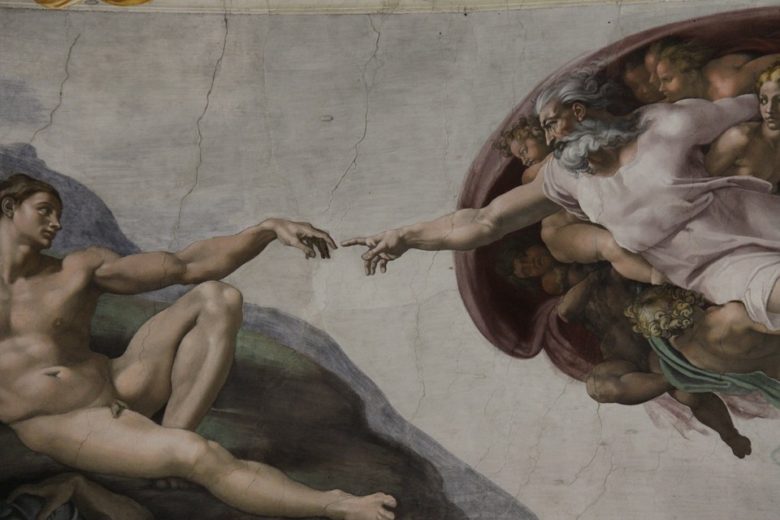 God was certainly not going to be doing anything good through my life. That was for certain. Most kids discover their sexuality in adolescence. Not me. I was barely 5 years old. I can’t tell you how it happened or when, only that it did. It brought the most amazing sensations. With the good feelings, however, came a shame that I could not name or explain or shake.  Good kids did not have those kinds of struggles. I was quite sure NO other kids did.

As I flailed into adolescence, the desires and the struggle got stronger, the shame deeper, and the sense of distance from God greater. The desires, at times, felt entirely unmanageable. I was miserable, alternately promising God never to give in again and then confessing the latest failure…when I could even get up the heart to do so. I prayed the struggle would disappear. It seemed to grow. And then someone invented the internet. Sigh.

I was a struggling kid, and naturally no one knew that more keenly than I. I knew my thoughts, my fantasies, my attitudes, my feelings, and my desires…and my failings. At the same time, I loved God, and wanted for God to be able to do good work through my life like He had worked through people in the Bible, people like Moses, Esther, Peter, Paul and—well…Mary.

But that was not going to happen. I was way too broken. I was quite sure I could not have any sinful behaviors or attitudes in my life and be used by God. There was that disturbing word from the Psalms: “If I regard iniquity in my heart, the Lord will not hear me.” And if He wasn’t hearing me, He was certainly not going to be using me for good in the world. God works through people who are all right. Didn’t the preachers confirm that you had to be “right with God?”

So, as long as everything was confessed and tidied up with God, as long as I wasn’t doing or thinking anything I should not be, God could do good work through my life. I would actually try to recall if I had confessed every wrong thing I had done or thought in a day, to make sure I had covered everything. One unconfessed flaw, one unacknowledged mistake, and I was a goner. Say hello to total uselessness.

It turns out that I was partly wrong….about everything. For starters, my conclusions didn’t jive with the stories of Moses and David and Peter or really anyone else in the Bible that God used for good. Think back to that classic partly wrong Peter moment. Peter declares that Jesus is “the Christ, the Son of the living God,” and Jesus is fairly gushing in His response.

“And I tell you that you are Peter, and on this rock I will build my church, and the gates of Hades will not overcome it.” (Matthew 16:18) Whatever else Jesus meant, he seemed to be quite clear that “I am going to use you in an extraordinary way.” And He did. But just minutes later, Jesus was severely rebuking Peter, saying “You are a stumbling block to me; you do not have in mind the concerns of God, but merely human concerns.” Oh, and there’s this other little thing. He called Peter “Satan.” Uh oh. Isn’t he the guy who is actively working against God?

So let me get this straight. God spoke a profound, life-giving word through Peter even though in that very moment, he was missing a key part of God’s heart. It’s not just that he was mistaken. He was. But his thinking and heart was actually working against the ways and heart of God! He was mistaken…and sinful…and used by God in the very same moment.

And it is not like this was an isolated event. Peter would soon be arguing about whether he was the greatest of the disciples…again. And Peter would publicly deny Jesus hours after announcing he would be willing to die for Jesus. And Peter would one day publicly disassociate himself from and embarrass his Gentile friends because of Jewish peer pressure. And….God would use Him all the while. Wow! And those are just some of the stories the Bible records.

There is Moses, the hot-headed, fearful, murderous, stammering, send-somebody-else-not-me rancher who wants to retire herding sheep. And God uses Him to save hundreds of thousands of lives and to be a spokesman for God to the most powerful man in the known world. There’s Miriam—envious, power-grabbing, divisive—who leads with Moses and writes profound words and songs of praise to God. There is the racially bigoted Jonah who loves personal comfort more than people…and God just happens to use his message to move tens of thousands of people to repentance and trust in God.

And then there is possibly the most troubling personal story in all of the Bible, a man considered by many to be Israel’s greatest king, a man known simply as David…King David. He led his nation to follow the ways of God. He wrote dozens, if not hundreds, of songs of praise to God, many of which God inspired as part of the Holy Bible. He is described by God as “a man after my own heart.” Wow! That’s all beautiful, but there is that little problem about him committing adultery with a friend’s wife, lying to cover it up, and ordering a contract killing on his friend and several other soldiers in his own army. As one person has said, “it seems like all the Bible’s ‘good guys’ are ‘bad guys.’” He’s right.

Some time ago, in conversation with a friend, I blurted out: “Of course, God uses screw-ups. It’s all He’s got to work with!” Think about it. We are all partly wrong. The Bible is clear that our character transformation is a process—a slow, incremental process— which means at this very moment, we have attitudes and behaviors and values that break God’s heart. Learning the heart and ways of God comes in small “brick by brick” layers, which means that right now, each of us have some wrong beliefs that God has yet to correct. We broken, misguided, mistaken, partly-wrong people are all God has to work with. The 100% right, 100% good Jesus-follower does not exist. God has only ever used deeply mistaken and flawed people. I may be the poster child of this reality.

I could point you back to the moment a few years back when I realized with heartbreaking force I had spent most of my life entirely neglecting the plight of the poor—the losses, the injustices, the systems exploiting them. I came to see how I myself was exploiting the vulnerability of the poor. Shocked, I discovered hundreds of God’s instructions in the Bible about loving and blessing and fighting for justice for the poor, commands I had somehow—quite conveniently—missed or ignored for decades. Decades! And for two of those decades, I was a pastor, teaching people about the heart and the ways of God. People have told me how my life or my teachings have helped them to trust Jesus and to live out His heart, but for many of those years, I was badly mistaken about and sinfully negligent in regards to the plight of the poor.

But God used me anyway.

We are all partly wrong people, and that is the only kind of person through which God can do any kind of good work. It may sound like God is stuck with us, that He is sadly resigned to working through such flawed people, but I don’t think that is true. I get the sense God loves to work through weak, fearful, negligent, hateful, judgmental, doubting, prejudiced, perplexed, “prone to wander” people. Indeed, it seems to be the way He planned to do His work.

Consider these words from the Apostle Paul:

But we have this treasure in jars of clay to show that this all-surpassing power is from God and not from us. We are hard pressed on every side, but not crushed; perplexed, but not in despair; persecuted, but not abandoned; struck down, but not destroyed. (2 Corinthians 4:7-9, NIV)

The “treasure” is the light of Jesus in us being displayed to others. It is the power and life of Jesus at work in us. So, God does His good work through fragile clay jars, through people who are perplexed and pressed and knocked down. Why? It enables people to more clearly see the power and goodness of God. After all, we want people to be amazed by God and drawn to Him rather than to us. At least that is what we want in our best moments. And when I see God at work in someone as broken as I am, it helps to guard me from arrogance and self-righteousness and looking down on others. God is the hero, not me.

Further, God seems to do a good work even through our worst struggles and failures. On the heels of King David’s horrific choices, he ends up penning one of the most passionate prayers of repentance ever recorded. Psalm 51 has helped untold people navigate their hearts back to God, to find grace, and to turn from destructive behaviors. I am one of that untold number. I have been stunned to discover that the sharing of my own struggles has moved many people to open up to trusted friends to find grace and healing and strength to change directions. Sometimes, it feels that God has done more good work through my “partly wrong” than my “partly right.” I’ll let God sort that out, but I can echo the words of the Apostle Paul, who affirmed:

So, God does His good work through partly wrong people. It’s not the plan I would have chosen, but I am partly wrong, after all. There is a power to this plan. I, the weak and broken, am able to clearly see that God did something I could not possibly have pulled off, which helps to keep me humble and God-dependent.  At the same time, others are able to see that it was clearly God who worked, thus drawing them to Him and His ways. And oddly enough, being “partly wrong” allows God to do His work through me in a uniquely powerful way. Go figure.

[The feature photo is by anassar on Pixabay.com. Michelangelo is, of course, the original artist.]

[For each weekday of the month of July (and Aug. 1-3), I am blogging a chapter from my book, Partly Wrong, to be published this fall. This blog is chapter 5. I welcome any feedback that will help to make it a better chapter.]