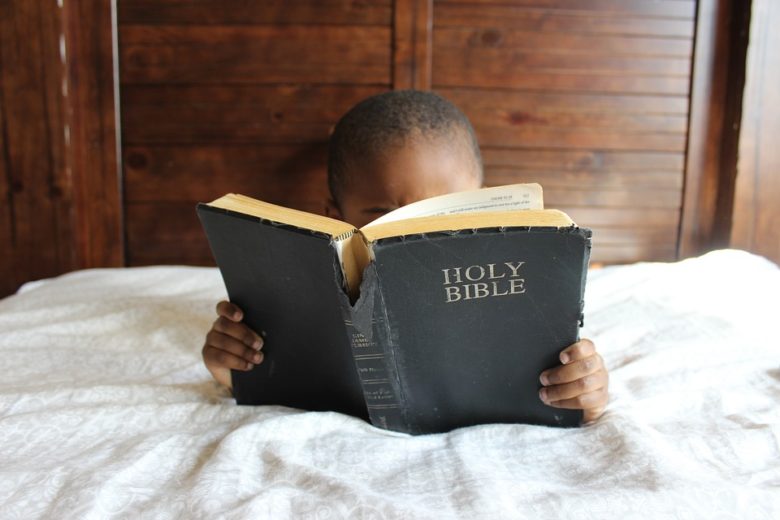 We were looking forward to a fun night together with our new friends, a pastor and his wife who lived in the town where we’d moved to start a church. We’d visited their church to learn more about the area, I’d chatted with him a bit, and my wife had connected with his wife. We’d go to their home to enjoy a meal, followed by a game. A wonderful evening.

What game to play? How about a fun little game of Scruples, harmlessly subtitled “The Game of Moral Dilemmas”? Players are confronted with a hypothetical situation that forces a moral decision: “You accidentally damage a car in a parking lot. Do you leave a note with your name and phone number?” You then guess whether another player would answer yes, no, or depends. The best guesser wins. We’d enjoy a delightful evening.

I wish I could remember what the first question was, but it was obvious that the only possible answer for a God-loving pastor would be “no,” so I guessed that as my friend’s answer. This game would be easy. But his answer was “yes.” I was stunned. A few more shocking yeses and depends, and it was all too clear. My pastor friend was a moral infant. On those carded questions, there was a clearcut right answer, and he kept missing them. I’m guessing he was equally disturbed about my erratic moral compass.

Scruples is a clever game that flows out of real-life dilemmas in life. It also mirrors a dilemma that faces every person who believes that the Bible provides God’s moral map for life. When faced with a moral question, the believer will go to the Bible to see God’s heart in the matter and whether His answer is yes, no, or depends.

Some of you may be wondering whether the Bible actually has an “it depends” option. One Bible passage suggests it does:

“Accept the one whose faith is weak, without quarreling over disputable matters. One person’s faith allows them to eat anything, but another, whose faith is weak, eats only vegetables. The one who eats everything must not treat with contempt the one who does not, and the one who does not eat everything must not judge the one who does, for God has accepted them. Who are you to judge someone else’s servant? To their own master, servants stand or fall. And they will stand, for the Lord is able to make them stand.One person considers one day more sacred than another; another considers every day alike. Each of them should be fully convinced in their own mind.” (Romans 14:1-4, NIV)

So, we encounter real-life dilemmas, like: should I drink alcoholic beverages? Searching the pages of the Bible, some will say “absolutely not,” while others will answer “it’s fine” or “it depends.” Should I enlist in the military where I may have to kill another person? Again, the answers come. Of course. Definitely not. It depends. Can the gift of forgiveness and a home in heaven, the Father’s house, be forfeited or lost? I’ve heard all three Scruples answers to that question as well. Partly wrong followers of Jesus all check off different boxes.

And surely you’ve thought something like I did playing that game. I can’t believe that anyone who loves God and His Word could draw any other conclusion than the one I’ve reached. It’s so obvious. Playing the game, I was reminded of the real-life reality: Partly wrong people interpret the teachings of the Bible differently. We’re right on some things and wrong on other things. Again, we just don’t know which are which. I don’t know where my pastor friend was right and where I was right.

I’d love to give you a three-point formula for determining the right interpretation of every single Bible teaching. Unfortunately, the Bible offers no such formula. But it does provide some wisdom for how partly wrong God-followers should live with their different understandings of God’s Word. I invite you first to go back to the Bible passage in Romans 14(a page or two back) and to re-read that section. In it, I see at least three guidelines for how partly wrong people should handle their conflicting understandings of the Bible.

“Each of them should be fully convinced in their own mind.” (Romans 14:5)

Each of us is called to go to God’s Word, to reflect, to pray and to make a decision as to what we believe God is saying. We need to arrive at a conclusion. Since God-loving people disagree, we may be tempted to think that no conclusions are wrong or that conclusions don’t matter. Don’t believe it. Some conclusions are right and some are wrong. God calls us to study His Word, discern its meaning and draw conclusions, even though we may be wrong.

In reflecting on what God is saying—in considering whether His word gives a yes, no, or depends—we should ask ourselves questions. Am I simply concluding what I’ve always been taught? Is my conclusion based on what I WANT to be true? How is my cultural setting influencing me? We should get counsel from others. Read. Have coffee with a friend. In all of it, we should be praying, asking God to give us direction. Then we need to draw a conclusion and begin living out of what we believe. We will find that others disagree. So, how should we respond to them?

“The one who eats everything must not treat with contempt the one who does not…” (Romans 14:3, NIV)

Don’t treat those who disagree with contempt. That word “contempt” sounds really strong, and it is. A Google search brought up this definition: “Contempt: the feeling that a person or a thing is beneath consideration, worthless, or deserving scorn.” Those are strong words, but don’t let them fool you into thinking you never go there. God’s on to something. Contempt, however strong, is very subtle and easily undetected.

I’ve come to see how it bubbles up in me. When I’m having a conversation that surfaces a difference of opinion, I’ll find it easy to “explain” their conclusion with a label. She disagrees with me on the race problem in America, and I’ll find the word “racist” coming to mind. He disagrees with me on the role of women in ministry, and I’ll find the word “misogynist” surfacing. The label may be bigot, intolerant, homophobe, liberal, elitist, socialist, fundamentalist, dogmatist, passivist.

Watch what happens when I assign the label. I dismiss the idea out of hand. Why? Because their interpretation is simply flowing out of their narrowness or their evil. It can’t be a sincerely-weighed conclusion that may be right. It’s a fundamentally flawed conclusion that can’t possibly be right. Contempt: “beneath consideration.” Their idea isn’t even worth my thought. It’s no longer simply a difference of opinion. It’s a reflection of their brokenness. Therefore, I won’t give their idea the time of day. Their conclusion isn’t worth my time.

It’s hard not to go a step further. THEY aren’t worth my time. Contempt: Worthless. The racist or homophobe or fundamentalist that she is, I don’t even want to be around her or her kind. In my anger and/or self-righteousness, I don’t want to have discussions with you. Your ideas have no value. You’re not worth my time. I’ll move toward avoidance.

Contempt creates terrible losses: lost love, lost community, lost opportunity to learn. God, in His great love for us, warns that we not let contempt take root in our hearts. He warns of another evil root.

Don’t judge those who disagree with you. Judgmentalism is a first cousin to contempt, but looks different enough to get its own warning label. When I encounter someone with a different opinion, I may find myself looking down at them. The person with a different view of spiritual gifts than mine just isn’t as mature as I am. Their faith is weak. They’re ignorant or simple or gullible or overly-sensitive or insecure.

In judging, I see their difference in opinion as a product, not of evil, but of weakness. I don’t feel contempt for them. I feel pity for them. Bless their hearts. They’re just simple. If contempt is assuming my character is superior, then judging is assuming my wisdom or insight is superior.

Judgment may not create physical distance, but it creates spiritual distance. Though I may talk with you, I don’t give your ideas any real credibility because you just don’t have the wisdom or maturity that I have. We’re not really on the same level. Cousin to contempt that it is, judgment creates similar losses: lost humility, lost community, and the lost opportunity to learn from another partly wrong friend. As such, it breaks God’s heart.

God graciously allowed me to see, during a party game, my easy drift to judgment for people who see His Word differently than I. The pastor and his wife continued for years to be grace-giving friends. I’m pretty certain, however, that we never played Scruples again.

[Feature photo by Free-Photos at Pixabay.com]

For each weekday of the month of July (and Aug. 1-3), I am blogging a chapter from my book, Partly Wrong, to be published this fall. This blog is chapter twenty-two. I welcome any feedback that will help to make it a better chapter.