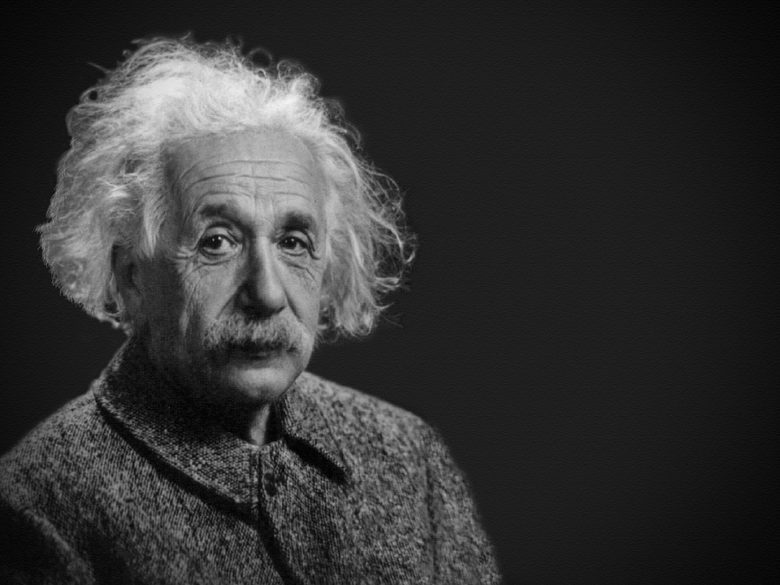 On a recent morning beach walk in New Smyrna Beach, Florida, I came across the fresh marks of a sea turtle which had, overnight, come up the beach to create a nesting area for her eggs. It was the most odd, meandering route I’d ever seen a turtle leave, as if the turtle had been drinking, though I know a pregnant turtle would NOT be drinking. The turtle preservation staff drove up minutes later, checking a spot where the eggs might be. Thinking they were looking in the wrong spot, I theorized out loud how the turtle came up the beach, carefully describing her movements as seen in the sand. One team member, graciously avoiding the word “obvious,” pointed out that the direction of the flipper marks made my claim impossible. Ouch. Not only was I comically wrong, I was correcting trained staff who do this all the time! I quietly slipped away, mumbling at my foolishness.

I wasn’t wrong to make an assessment, to theorize, to draw a conclusion or make a claim. That’s part of being human, made in the image of God. Unlike God, however, my claims and conclusions are sometimes wrong. Perhaps to make me feel better about my debunked turtle theory, I’ll share a few deductions others have made:

“There is not the slightest indication that nuclear energy will ever be obtainable. It would mean that the atom would have to be shattered at will.” – Albert Einstein, 1932

“We don’t like their sound, and guitar music is on the way out.” – Decca Recording Company on why they did not sign the Beatles, 1962

“This ‘telephone’ has too many shortcomings to be seriously considered as a means of communication. The device is inherently of no value to us.” – Western Union internal memo, 1876

“I think there is a world market for maybe five computers.” – Thomas Watson, chairman of IBM, 1943

“Everyone acquainted with the subject will recognize it as a conspicuous failure.” – -Henry Morton, president of the Stevens Institute of Technology, regarding Thomas Edison’s light bulb, 1880

“The horse is here to stay but the automobile is only a novelty—a fad.” – -The president of the Michigan Savings Bank to the lawyer of Henry Ford, 1903

“The wireless music box has no imaginable commercial value. Who would pay for a message sent to no one in particular?” – -Associates of David Sarnoff, who in 1921 was urged to invest in radio

“Summary: Is not what you’re looking for in terms of physical stature, strength, arm strength and mobility, but he has the intangibles and production and showed great Griese-like improvement as a senior. Could make it in the right system but will not be for everyone.” (NFL Quarterback Tom Brady’s pre-draft scouting report, 2000)

The light bulb turned out to be a stunning success, as did automobiles, computers, radio, the Beatles, the telephone, television, and Tom Brady. In fact, people are still listening to the Beatles and Tom Brady on their phones, computers, and radios…in their cars! Someone was wrong. Voiced the wrong idea. Even someone as brilliant as Albert Einstein was badly mistaken. Gosh, that’s encouraging. It’s easy to laugh about the ridiculously wrong ideas of others, but we probably shouldn’t. Because all of us have made claims that looks silly later. Remember the turtle.

Being wrong is humbling. This is one great gift of being wrong. Humility. Or at it can be, if we’ll pay attention. Every wrong idea and conclusion and claim is a reminder of the limits of my understanding, discernment, and knowledge. None of us escape being ignorant or mistaken. We only know so much. Honestly, in the big picture of things, we know very little. Every day exposes things we don’t know. Every week surfaces mistaken ideas. Our history of wrong ideas should keep us humble.

In a memorable commencement address, author David Foster Wallace reminded newly degreed graduates: “The point here is that I think this is one part of what teaching me how to think is really supposed to mean. To be just a little less arrogant. To have just a little critical awareness about myself and my certainties. Because a huge percentage of the stuff that I tend to be automatically certain of is, it turns out, totally wrong and deluded. I have learned this the hard way, as I predict you graduates will, too.” (Kenyon College commencement address, 2005)

Unfortunately, staying humble is complicated by our right ideas. My mother was an English teacher. In college, I minored in English. I know a lot about “right” grammar, what words to use and what not to use. I know that “Him and I got drunk” is both bad grammar and a bad idea. I know that irregardless is not a word.

Regardless, people use “irregardless” all the time. It’s hard for me not to think “how can you not know that is wrong?” There’s this little pull to think slightly less of someone who’s wrong, which is another way of saying that there’s this pull to think a little more of myself when I’m right. When I give the right answer in class. When my spouse and I disagree, and I discover I was right. When the boss affirms the statement that I made.

The Bible reminds us that:

“…knowledge puffs up while love builds up. Those who think they know something do not yet know as they ought to know.” (1 Corinthians 8:1-2, NIV)

Knowledge puffs up. There’s a healthy joy and satisfaction in being right, but I can rarely keep it healthy. It tends to inflate my sense of importance and value and superiority to others. “See, I was right,” I gloat. I parade my “right ideas” and dismiss my wrong ideas. My right idea is a marker of my superiority. Because my idea is right, I am wiser, more discerning, smarter, better, more attuned to the heart of God than others.

Knowledge puffs up. It’s hard not to slight people for what they don’t know. We find ourselves saying things like “EVERYONE knows that,” which is a slap in the face to the person who didn’t know that. In our worst moments, we may find ourselves snickering at or calling attention to someone’s ignorance. “I can’t believe anyone wouldn’t know that.” People understand the translation: “You’re stupid.”

“…knowledge puffs up while love builds up. Those who think they know something do not yet know as they ought to know.” (1 Corinthians 8:1-2, NIV)

Knowledge puffs up. It shouldn’t, of course, because of the reminder that follows: “those who think they know something do not yet know as they ought to know.” We are all ignorant. We are all partly wrong. And what we don’t know is far greater than what we do know. How arrogant and foolish and broken it is to selectively use one thing I got right as a mark of superiority.

I don’t use the word irregardless. Good for me. But I make other grammatical errors. You won’t have to look hard in this book to find some of them. For all I get right, there’s plenty more I get wrong.

Anything we ever get right is a gracious gift from God. I think back to Peter’s brilliant declaration to Jesus: “You are the Messiah, the Son of the living God.” (Matthew 16:16, NIV) Jesus said to him, “Blessed are you.” He did not say “Superior are you.” “Blessed are you…for this was not revealed to you by flesh and blood, but by my Father in heaven.” (Matthew 16:17)

Peter, you got the answer right, but it wasn’t because of your great insight; it was a gift from God. Peter had no place for pride. He was right only because God graced him to be right. The only reason any partly wrong person is ever right is grace. The Apostle Paul affirms this same thing:

For who makes you different from anyone else? What do you have that you did not receive? And if you did receive it, why do you boast as though you did not? (1 Corinthians 4:7, NIV)

The insights and right answers and growth you have come from God; they’re not because of your brilliance or dedication or spiritual depth. They’re a grace. Whenever partly right people get it right, it’s a grace from God.

[Feature photo by ParentRap at Pixabay.com]

For each weekday of the month of July (and Aug. 1-3), I am blogging a chapter from my book, Partly Wrong, to be published this fall. This blog is chapter seventeen. I welcome any feedback that will help to make it a better chapter.