purpose and values this and that

My son-in-law, Jeff, first put me on to the show.  Storage Wars.  One episode, and I was hooked.  The concept is simple and compelling.  The cameras follow four featured “buyers” who go to auctions at storage facilities.  When storage facilities have customers who stop paying their unit rentals for several months, their units are sold to the highest bidder.

On the day of the auction, all interested buyers show up.  The rules are simple.  The auctioneer cuts the lock off the door of the unit to be auctioned, and the door is opened.  Buyers have about five minutes to look at the unit from the doorway.  You cannot go in the unit, nor can you touch anything, though some buyers will use a flashlight to shed light on something near the back of the unit.  Then the bidding begins.  As the auctioneer likes to say: “If you have the most cash, you can certainly walk away with the locker.”

It is the most popular A&E reality show, and why not.  An auction can be great fun, providing an opportunity to outbid someone for a desired item.  However, a storage unit auction adds the “lottery” component to the mix.  You might buy a unit that has something of significant value hidden away.  People are willing to edge higher with their bids, hoping to make a big score.  A storage unit auction: brilliant!

Watching the show, sometimes a buyer makes a big score, and sometimes he/she takes a loss.  A common question is whether the show “plants” some valuable items, a practice which a former show star now alleges.  Frankly, I assumed that the practice of auctioning “abandoned” units was more of a made-for-tv practice. At the very least, I assumed that failure to pay on units would be pretty rare.  I was wrong on both counts.

Ever the bargain hunter, I was tooling around on Craigslist several months ago, looking for garage sale ads, when I saw it.  A local storage facility would be auctioning the contents of seven units.  Guess who drove into the facility parking lot the next Saturday morning?  I was a star on Storage Wars: Alabama!

No, there were no television cameras, but virtually every other part of the auction mirrored what I saw on the show.  There were about 40 prospective buyers.  We had about five minutes to look at the contents from the door of the unit—no entry or touching of goods.  There was huge variety: one unit held a bunch of household items, while another was half-filled with beautiful antique furniture. Still another unit protected a couple of dented auto body pieces and an ice chest.

I bought the first unit that was auctioned.  No one was more surprised than I. Seeing that it had several items we could really use, I had set a “top price I would pay” amount in my head.  I bought it for ten dollars less.  It felt surreal.  An hour later, I was sorting through my purchase, figuring out what to keep and—of course—hoping for the big score.  At the end of the day, there was no huge find, though I ended up getting some very needed things at a very good price.

What I also got was some perspective that the show doesn’t give you.  For one, going through the locker was an emotional process.  Within minutes, I was sorting through personal family items; this unit was part of a family’s story—things they bought, pictures they took, places they visited.  Someone couldn’t afford their storage fee, and they lost their stuff.  The emotion was unexpected…and tough to handle.

Here’s something else I hadn’t thought about: clearing out a locker is hard work.  It ended up taking me probably six hours and a second trip to sort through and clean out the locker, far longer than I anticipated.  At the end of the day, there was just a bunch of essentially worthless stuff that had to be thrown away.  And that provided one final reality check.

In America, we have a staggering amount of stuff.  On two of my “ramblin’” trips to Ethiopia (something I’ll write about in due time), I never saw any storage units.  The average house was the size of your typical American storage unit, and what mostly filled the home was people.  Their stuff would have fit into a box or two.

It is sobering how much stuff we have, how much stuff I have.  Heck, I was buying someone else’s stuff to add to my trove of stuff.  And I think I heard the whisper of Jesus’ wisdom echoing in my heart: “A man’s life does not consist in the abundance of things he possesses.”  Brilliant, but…possessing stuff is a hard habit to break.

I don’t know.  Maybe I–maybe we–need to just hit the pause button before the next buy.  How long will it be before this item we’re dying to have will be collecting dust in an attic/storage unit or filling a front yard garage sale?  Could my money be used for a cause or contribution that I will value a great deal more in six months?

Do I still buy stuff?  Sure. Might I even buy a storage unit again?  Maybe.  I think I buy more slowly now than before, however.  I pause longer.  I think more.  When my days are up, I certainly hope that the most valuable things I pass on are not the contents of my house or storage locker. 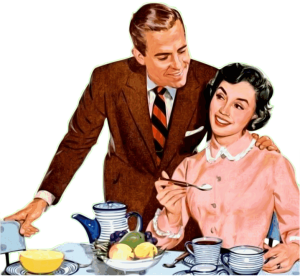 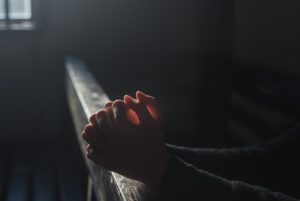 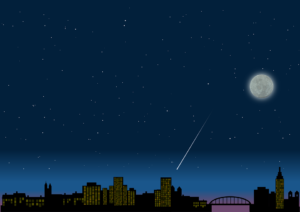 Jesus and God purpose and values