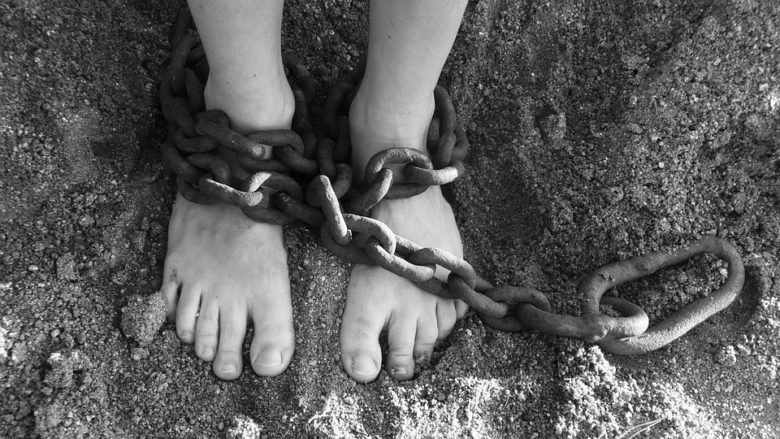 The blogger I was reading was blunt: “Someone needs to put a baseball bat up this punk’s ass.” Other online commenters talked about the “little shit.” So who is the punk?

On January 28, 2015, on the University of Stanford campus, two Swedish international students discovered a man assaulting a woman who appeared to be unconscious. When they confronted him, the 19 year old fled the scene, only to be chased down by the two students and held until police could arrive. The restrained student, Stanford swimmer and Olympic hopeful Brock Turner, would later be indicted on charges of rape, attempted rape and felony sexual assault. He would eventually was convicted of attempted rape and sexual assault.

His father, Dan Turner, pled with the court for leniency, writing that a long sentence would be “a steep price to pay for 20 minutes of action out of his 20 years of life.” When his words were made public, many were furious. He would later call it an “unfortunate choice of words,” noting that he was simply contrasting 20 years and 20 minutes. Unfortunately, the entire letter seemed to downplay the gravity of the assault.

The assaulted woman wrote a remarkable and poignant response to her attacker, capturing the breadth of damage inflicted on her body, soul, and life. Her heart-wrenching words created an indelible image of the horror and gravitas of a sexual assault. A judge ultimately sentenced Brock Turner to 6 months confinement in jail to be followed by three years of probation and permanent registration as a sex offender.

Almost everything about this story pained me. The evil assault. The irremovable damage to this woman. The downplaying of the attack. The way the woman was questioned by lawyers. The “slap on the wrist” sentence. And bloggers calling him “punk” and “little shit.”

Whoa, Roger. You weren’t infuriated by what Brock Turner did? Don’t you think his actions were evil? You would rather we call him “outstanding swimmer?” You don’t think he is a punk? A monster? A little shit?

Those are loaded questions. What he did is inexcusable, but I wonder if we aren’t on dangerous ground when we start attaching sinister labels to other partly wrong people. Monsters. Animals. Piece of Trash. Little Shit. Garbage. When I hear those labels, I can’t get a particular word from Jesus out of my mind.

One morning, Jesus was, preparing to teach, when He had a highly unusual interruption. Here is the Bible’s account.

At dawn he appeared again in the temple courts, where all the people gathered around him, and he sat down to teach them. 3 The teachers of the law and the Pharisees brought in a woman caught in adultery. They made her stand before the group 4 and said to Jesus, “Teacher, this woman was caught in the act of adultery. 5 In the Law Moses commanded us to stone such women. Now what do you say?” 6 They were using this question as a trap, in order to have a basis for accusing him. (John 8:2-6)

In all my years of teaching, I have never had an interruption like this one. A group of men—religious leaders—walk in, parading a frightened embarrassed woman, and they force her to stand up in front of everyone. They announce that she has been caught in the act of committing adultery. Take a moment to envision this moment. Take a look at the woman. Take a look at the men who brought her in. Let the moment settle into your spirit.

So, when you have given people a label like “monster” or “deviant” or “piece of trash,” what happens? You treat them like trash. You throw them up in front of crowd and talk about them like they aren’t really even people. You might not even care whether they live or die.

I loosely recall a popular crime show episode where a teen girl had been assaulted by a male camp worker. Years later, she unintentionally encounters this person and ends up killing him. When the agents gradually piece together the whole history of the guy who was killed, they end up “looking the other way.” Why? Because monsters aren’t seen as real people anymore. Laws about human dignity and justice and due process don’t apply to animals and monsters. They deserve whatever they get.

So, there is no shock to me that this woman is paraded around like a piece of trash to be mocked and abused. Honestly, we do the same thing in different ways. We talk about and blog about “monsters” in ways we don’t with other people. We wish a special place in hell for “those kinds.” And I believe there is a word God wants to speak to us through Jesus here.

Jesus absorbs the scene. The woman. The men. The brokenness of it all. Then he slowly goes down to his knees. What is he doing? Is He going to pray? Maybe. No, wait. He’s using his fingers to write something on the dusty ground. I wonder what he is writing? Annoyed, the men continue to pepper him with questions about how to treat this…this…deviant.

After what seems like an eternity, Jesus slowly rises to his feet, and He speaks the words that echo this very day to the accusers of the monsters.

The men don’t flinch. I see them raising their arms, stones in hand, ready to throw them. But Jesus stoops and writes on the ground again. He writes a bit longer. I see him writing more quickly, more intently.

So, what did Jesus write on the ground? I would love to know that. Someone has speculated that Jesus wrote out some of the sins of the men holding the stones, ready to kill her. Something like “I know what you did last summer.” Or, “I know your thoughts when you peeped in on her to confirm her adultery.” It is an attractive theory to me, for all the wrong reasons, because I really want these “monsters” to get their due, to be shamed like they are shaming this woman. Sigh. I am not immune to “monster” thinking myself. The Bible does not tell us what Jesus wrote.

But the Bible does tell us what the men did in response to what Jesus said and what He wrote.

At this, those who heard began to go away one at a time, the older ones first, until only Jesus was left, with the woman still standing there. (John 8:9, NIV)

They were forced to remember their own evil. Their own day of judgment before a righteous God. Their own hypocrisy.

The invariable problem with “monster” language and thinking is the subtle conclusion that other people’s sins are more heinous and evil than my own. That they are inferior to me. That I can talk about them as harshly and hatefully as I want. That they deserve God’s judgment more than I do. That they are monsters and I am not.

Jesus isn’t suggesting that her adultery is not serious. He later calls on her to “leave her life of sin.” He is not calling us to blow past any sin as if it is simply “twenty minutes of action.” He is calling all partly wrong people to see their own partly wrong as serious, to cease ranking sins, and to stop the hate, judgmentalism, arrogance and hypocrisy that invariably flow from such rankings.

Nasty labels for other partly wrong people don’t help. In fact, they are much more likely to reinforce a belief that “those people” are less than I am, that I am free to treat them differently than I would want to be treated. If they have abused, I can verbally assault them. If they have been hateful, I can unleash hate on them. After all, they are a monster. A piece of shit. A pile of trash.

So what should we call them? How about “almost as broken as I am.” That feels over the top, doesn’t it? Even offensive. But it is a phrase God pressed into my heart years ago, and I use it often. He’s almost as screwed up as I am. She’s almost as broken as I am. I’m still not thrilled with it, but it is a vivid reminder of how desperately broken I am, and it keeps my heart more gracious toward other partly wrong people, helping me to love them as I love my own partly wrong self.

[Feature photo by PublicDomainPictures at Pixabay.com]

For each weekday of the month of July (and Aug. 1-3), I am blogging a chapter from my book, Partly Wrong, to be published this fall. This blog is chapter eleven. I welcome any feedback that will help to make it a better chapter.