It Sucks to be Wrong 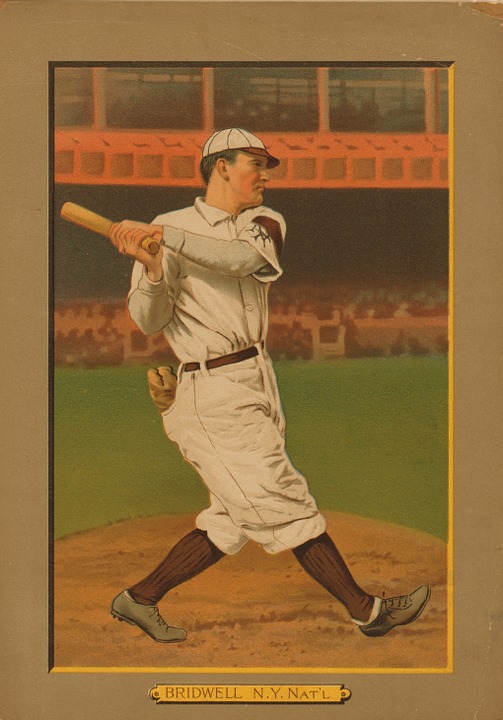 [This is chapter one of my book, Partly Wrong.]

The Craigslist ad title screamed at me. I think it was 2004. Only 3 years earlier, I had discovered–and joined–this intriguing 6 year old website with a weird name, eBay. It was fascinating, and I tried my hand at selling a few things. Some old radios a neighbor threw out. Boxes of overstock Hallmark ornaments. A huge lot of Broadway playbills someone was giving away on Freecycle.org. I made some pretty good sales. I wanted to make more.

Some of by best sales were “hidden treasures,” something of value that was being tossed out. I paid almost nothing for it, but I made quite a profit. That is the attraction of selling on eBay. You tell yourself that you are just looking for some good things to sell. The truth is that you are always looking for “the big one.” The picture with some ancient American government document tucked away in the frame. The video game every collector is dying to have. The crappy old snare drum that turns out to be a Ludwig “Black Beauty.” The baseball card that is one of only four known to exist.

“Huge Lot of Comics and Baseball Memorabilia.” My pulse quickened a bit. I dialed the seller, casually asking about the ad. No, the lot had not sold yet, but a lot of people were calling about it. Of course, I could come see it. Why yes, he could even work me in for a visit today. I scribbled down the address, jumped in my van and drove to his town 35 minutes northwest of us. Inching down a two lane road, searching mailbox numbers, I found his drive and turned in. The van followed a dusty gravel road to a large rustic barn just past the main house. A wiry man in his late fifties greeted me with a handshake and smile. Was that a twinkle in his eye…or a glint? I followed him up the back stairs to a loft door. Stepping in out of the sun, I squinted in the darkness. Slowly, box after box after box began to appear on shelves, on tables, on the floor.

“Take your time and look around. Somebody else called and wants to come look at them after a bit.”

I’d better hurry. Where to start? There were endless boxes of sleeved comic books. Dusty boxes held tens of thousands of baseball cards, many indexed by years. I saw a signed baseball or two. Hmm. Looks like “Mickey Mantle” on that baseball. A dusty table displayed some really old looking baseball cards—an odd size—unlike anything I had seen before. Interesting names. Wow. Honus Wagner. I’ve heard that name somewhere before. Card looks old. A couple of creases. But what if? And beyond this handful of odd rectangular cards, there were comics and cards everywhere I scanned.

So why was he selling, I asked. He chuckled. Something about his wife wanting it all out of here, wanting to fix up the house. That sounded legitimate. I ventured a question about the price. It was, he quickly reminded, a remarkable collection. $2,500. Good gosh. I did not have that kind of money sitting around. Four children at home will do that to you. Maybe he would consider something less.

The deal dangled in the air. My mind whirred. There were other callers asking about the ad. Honus Wagner. EBay. I could go to a nearby bank and get a cash advance off my credit card. I should probably call my wife, Joy, before borrowing that amount of money. Tens of thousands of cards. Mickey Mantle. Sleeved comic books by the case. Really old cards. Honus Wagner. No need to worry Joy with all that stressful financial stuff. Maybe she won’t ask what it cost anyway. A signed Mickey Mantle. You’ve done great on eBay. Sure it’s a huge risk, but what if…

Two hours later, a truck pulled into our driveway, and the seller and I proceeded to fill my garage with a “Huge Lot of Comics and Baseball Memorabilia.”

I could not wait to research my treasure. The initial information was encouraging. Those odd rectangular cards were Tobacco cards, included in packs of cigarettes. They featured various sports figures, including Honus Wagner. An original Tobacco Card T206 Honus Wagner even in poor condition will pay off your house mortgage. I soon discovered the unsettling reality known as reproductions.

I researched and studied and put the cards under a microscope and read some more, discovering what you have guessed by now. My tobacco cards were not originals. The comics were originals and in great condition, but the comic market had just taken quite a tumble. They looked more valuable than they were. I had tens of thousands of baseball cards, but only tens of them had any reasonable value. The most valuable ones of them were not in the sets. That’s odd. I wonder how that could have happened?

After dozens of hours of research, creating eBay listings and negotiating with an out-of-state collector, I sold everything for a total of $987. That’s right. I forfeited hours and hours of time with my kids in order to lose more than $1,000, money we desperately needed for other things. I felt really stupid. I had been exposed as…

Wrong. Really wrong. On many levels.

Which means I am partly wrong.

Being wrong is depressing, frustrating, embarrassing, and damaging. It divides, discourages, worries and burdens. I try to avoid it. I try to hide it. I try to fix it. I try to downplay it. Nothing good comes from being wrong. For most of my life, that is what I believed.

But I was wrong.

While reading the Bible recently, I listened in on a conversation Jesus had with his first followers, and a switch flipped. I noticed something I had walked right by dozens of times before. It launched a journey through the pages of the Bible that somehow made partly wrong feel more like a blessing than a curse. An opportunity rather than a liability. A gift from God rather than an obstacle for God.

Wrestling through the biblical narrative and my own experience, here is what I have come to believe:

I am aware of the tension I raise with these claims. I am partly wrong. Every author is. I am inviting you, then, into a reading journey in which you wrestle with where I am wrong and where I am right. You could even make an adventure of it, scanning my words for the places where I am wrong. You could pencil a “W” next to a wrong statement and an “R” next to a right one. Pencil in hand or not, I invite you to read and to wrestle with ideas that have substantially changed my thinking and choices.

So, what is that Jesus conversation that changed my entire view of being wrong?

[For each weekday of the month of July (and Aug. 1-3), I am blogging a chapter from my book, Partly Wrong, to be published this fall. In the comments section, I welcome any feedback that will help to make it a better chapter.]

[Feature photo by terj57 at Pixabay.com]