It Rocks to be Right 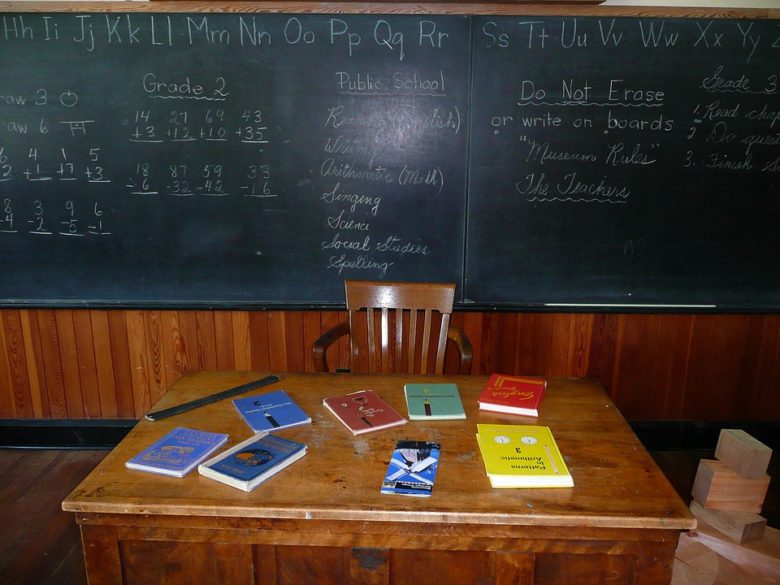 It’s fun to be right.

It’s even more fun when people know that you are right.

I spent about 19 years in school, and it’s impossible to know how many times I sat in a classroom when the teacher asked the class a question, expecting one of us to raise our hand and give an answer. Sometimes the teacher would ask a specific person to answer the question. I can still see the teacher scanning the room to decide who would be the “chosen” one.

Some students dreaded the teacher’s scan, avoiding eye contact at all costs. I wanted to be called. My hand would shoot up. I sometimes waved. Yes, I was one of those people. Some of it was arrogance and foolishness, I know, but I think another part was the “Jeopardy show” effect, the challenge of facing down the Alex Trebek question. The risk, of course, was that I could get the dreaded “oh no!” from Alex or my teacher, but the potential reward was getting the “that’s right,” and all the better that others were around to witness my great moment, my right-ness.

So, it’s hard for me not to think of Alex Trebek and the Jeopardy show when I read one of the fascinating Jesus stories in the Bible. Jesus is traveling around with his little “class” of twelve students known simply as disciples. And from time to time, he would ask the class a question.

When Jesus came to the region of Caesarea Philippi, he asked his disciples, “Who do people say the Son of Man is?” They replied, “Some say John the Baptist; others say Elijah; and still others, Jeremiah or one of the prophets.” (Matt 16:13-14)

Who do people say the “son of Man is?” Or “Who do people say that I am?” This was a safe question, meaning that there was no “right” or “wrong” answer. Everyone piped in with possible answers. Having heard what they had overheard from others, Jesus now asked the “unsafe” question.

Now things got interesting…and quieter, I expect. I’m pretty certain some of the disciples reflexively glanced toward Peter. He was the one who loved these kinds of moments, that kid in the class raising and waving his hand. Sure enough, Peter spoke up.

Now, the other disciples turned back to Jesus to see if Peter would get the “oh no” or the “yes!” They didn’t have to wait long.

Jesus replied, “Blessed are you, Simon son of Jonah, for this was not revealed to you by flesh and blood, but by my Father in heaven. (Matthew 16:16-17, NIV)

Wow! This was not just a “you’re right.” This was a “you nailed it!” On occasion, I have had those moments in a classroom, and so I know that Peter had to be beaming at this point, subtly glancing at the others to see their response. I see the other disciples high-fiving him, when Jesus interrupted with another word to Peter.

It keeps getting better. This is like the teacher following up your right answer with a prediction about your future. “You’ve got what it takes to be a CEO, to be a general, to be the President.” Jesus called Peter a rock. He affirmed that Peter will be part of the foundation of His church in the world. You are going places. I am going to work through your life in a great way.”

Can this classroom moment possibly get any better than this one? So, if you were Peter in this moment, how would you feel? What would be going on in your heart?

Well, it turns out that the class was not over yet. Jesus still had a bit more teaching to do.

From that time on Jesus began to explain to his disciples that he must go to Jerusalem and suffer many things at the hands of the elders, the chief priests and the teachers of the law, and that he must be killed and on the third day be raised to life. (16:21)

Well, the first part of the class had been swell. The disciples learned that Jesus was the Son of God, the chosen Messiah, and they were his best friends and students. Do the math. This should work out quite nicely for “the disciples.” Jesus was going to build something great, and Peter (along with his companions) was going to be right in the middle of it. Awesome….until Jesus changes the tone entirely and tells them that He MUST suffer and be killed and be raised to life. This was too much for Peter.

Jesus wasn’t really asking for an answer on this one; Peter just volunteered one! Hey, when you get a classroom answer correct, you feel much more confident about offering answers the next time. Peter was suddenly feeling like “answer man.” All this talk about Jesus being killed was obviously wrong; He must let Jesus in on this. To Peter’s credit, he pulled Jesus off to the side, perhaps not wanting to publicly rebuke him. “Jesus, this talk about you being killed…uh, it’s never going to happen…never!”

I don’t know exactly what he expected Jesus to say, how he saw this going in his mind. It has always seemed comical to imagine Peter telling Jesus He is wrong—especially after just declaring that Jesus is the Son of the living God. Maybe he thought Jesus would look at him wistfully and say, “You’re right; I was mistaken on that one, Peter.” That’s not how it went down.

My loose translation of Jesus’ words here: You’re wrong, Peter—really, really wrong! Peter had to be dumbstruck. That nickname “the rock” was pretty cool, but this new name, Satan? Sounds a bit harsh. Man, I feel for Peter. I also know the feeling of getting an answer terribly wrong. Unfortunately, Peter’s correction is not finished. It was awesome when Jesus kept praising his right answer, but it had to be hard for the correction of the wrong answer to continue.

You are a stumbling block to me; you do not have in mind the concerns of God, but merely human concerns.” (Matthew 16:23, NIV)

Jesus is wonderfully, brutally honest. “You do not have in mind the concerns of God.” And here we encounter an odd but significant tension that became the seed of this book. In one moment, Jesus tells Peter that he is right, that God Himself has opened his eyes to a truth that many others have not yet seen. In the next moment, Jesus tells this very same Peter that he is wrong, that He does not have in mind the concerns of God. Peter is right, but he’s also wrong. Peter is actively hearing from God, but he also does not have in mind the things of God. Peter is being used by God, but Peter is also being used by the great enemy, Satan. In the same moment.

Peter is partly wrong. Peter is partly right. Peter believes some right ideas that come from God Himself. Peter believes some wrong ideas that come from Satan Himself. Peter sees some things correctly. Peter sees some things incorrectly. Peter is behaving in some ways that honor God. Peter is behaving in some ways that grieve God. Peter is in that same moment partly right…and partly wrong.

And Peter’s story is our story.

We are—all of us, in this very moment—partly right and partly wrong. And God wants to do good work in the world through us. Think about what Jesus said to Peter. He would be a rock, and God would use his life and his declaration, and his words to build the church, this centerpiece of God’s work in the world. And he was. Peter was used by God in a remarkable way even though he was partly wrong, and continued to be. How could it be any less true for us?

And here is the kicker. God planned it that way! The pages of the Bible unfold an unexpected pattern. God is at work through our partly wrong, not in spite of it. Peter was not an aberration; He was the prototype. He exemplifies how God works in our partly wrong world. You are partly wrong, and that opens the door for God to do a world of good through you.

If you will let him.

Understanding your partly wrong–and the good God wants to do through it–will nurture an unexpected but welcome reality. Freedom. The fight to constantly be right and look right is an impossible burden. Embracing your partly wrong and entrusting it to God frees you from the relentless pursuit of right-ness.

I understand if you are skeptical. The narrative I am unpacking is very different from the story I’ve believed most of my life. If you’ll let me, I’d love to unpack the story a bit further in the chapters ahead. By the way, what do you know about lug nuts?

[For each weekday of the month of July (and Aug. 1-3), I am blogging a chapter from my book, Partly Wrong, to be published this fall. This blog is chapter two. I welcome any feedback that will help to make it a better chapter.]

[Feature photo by werner22brigitte at Pixabay.com]