I Have Nothing to Learn from You 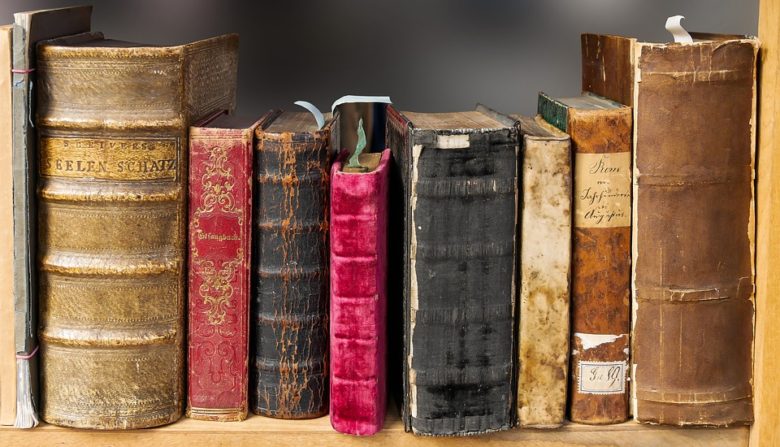 I love to read. I can’t remember when I didn’t. Mom and Dad would tuck me into bed as a kid, but after they left, I would sneak out a flashlight so I could finish reading a book. A granddaughter of mine does the same (don’t tell her parents), and I could not be more proud. I love books, words, reading, and word games, so you must forgive me for asking you a trivia question about books. The following books all have something significant in common. What do you think it is?

Origin of Species, by Charles Darwin
Uncle Tom’s Cabin, by Harriet Beecher Stowe
Animal Farm, by George Orwell
To Kill a Mockingbird, by Harper Lee
Age of Reason, by Thomas Paine
Mein Kampf, by Adolph Hitler
Bury My Heart at Wounded Knee, by Dee Brown
The Kingdom of God is Within You, by Leo Tolstoy
Satanic Verses, by Salmon Rushdie

So, what ties all these books together?

They are all books that have been banned, censored or prohibited from distribution by some organization, government or board.

But the books listed above have been banned for a different reason. They were banned because they expressed ideas or a telling of history considered dangerous or wrong or heretical. The books contained ideas that some felt would lead readers into erroneous ideas or behavior. We can’t have you reading that!

Growing up in churchworld, I knew something about censorship. I don’t remember specific “banned book” lists, though I’m sure there were some in our circles. Our censorship sounded more like this: “You don’t need to be reading books by (that author).” You should avoid visiting churches from (that denomination).” It would not be wise to go to a conference sponsored by (that organization).” “Don’t listen to material from that person or group.” Fill in your own blanks, but I have heard names like Anthony Campolo, Pentecostals, Billy Graham, Catholics, Rob Bell, Muslims, Joel Osteen.

So, why should you close your eyes and ears to the ideas of these people? Well, you could be led astray. Those people and their ideas could lead you to compromise. We can’t have you hearing or entertaining wrong and dangerous ideas.

The banning was rarely tied to an actual printed out list, but you had a pretty good sense of which groups and authors and ideas and viewpoints were “off limits.” A name might show up in a sermon…or a comment…or an article. It was an understood, “organic” censorship.

Of course, this much more subtle organic censorship is not limited to churches or religious groups. It occurs in educational circles, scientific societies, businesses, and other organizations.

“A common method of stopping the message is peer review and editorial control. To obtain scientific credibility, a viewpoint needs to be published in the scientific literature, preferably in a prestigious journal. In many fields, there is widespread consensus about what is considered to be correct. This can be called a ‘paradigm,’ which is a dominant way of thinking about the world and carrying out research within a field….“The normal operation of peer review does not seem to be a form of censorship, since it is presented as a form of quality control. However, assessments of quality cannot be separated from assessments of what are valid questions and what are valid ways to carry out research. Challenges to the current paradigm are seldom seen as valid.”

I think of churches when I read “there is widespread consensus about what is considered to be correct” and “challenges to the current paradigm are seldom seen as valid.” In scienceworld, an idea or paradigm that goes against the “widespread consensus” can effectively be censored by peer review. Martin details other indirect censorship like ostracization of peers and “harassment, formal disapproval from superiors, threats, formal reprimands, denial of grants or other funding, denial of promotion or jobs, punitive transfers, legal actions, dismissal and blacklisting.” (Science: Contemporary Censorship, Brian Martin)

In other words, there are certain ideas or beliefs so entrenched that you cannot propose—or even discuss—an alternative idea. Why? We already know the truth. We don’t want others to be led astray. Those people and their ideas could compromise long held ideas. We can’t have our people hearing or entertaining wrong and dangerous ideas.

Uh, sounds like the thinking I heard growing up in church.

And it is only recently that it dawned on me just how arrogant and dangerous that thinking in our churches was, and is. For years I chafed at such thinking and challenged it, but only recently did I feel the full weight of its deep arrogance. Does that word seem too strong? For me, it may not be strong enough.

When we told people not to read other authors, not to listen to other teachers, not to go to other churches, we were effectively saying, “We are absolutely right about everything. There is nothing we can possibly be wrong about. There is no place where our ideas and viewpoints need correction. If anyone disagrees with us on anything, they are wrong.” To believe anything different than we did was to be wrong, so anyone who taught anything different than we did would be leading you astray.

There is nothing more arrogant than saying “we are right on everything” or “we can’t possibly be wrong.” Nothing is more arrogant—or foolish—because…well, because we are all partly wrong. Partly wrong on some small things. Partly wrong on some big things. And when we forbid people to read or hear or consider different ideas, we are robbing ourselves of the chance to see places where we may be wrong, places where we need to shift our thinking, ideas we need to reconsider, things for which we should repent. When we ourselves refuse to read, much less consider, different ideas, we have no way of seeing places where we are wrong. Thinking we are right about everything, and avoiding any counter ideas, we more deeply entrench our wrong ideas.

Censorship kills learning and petrifies wrong ideas, often with serious consequences. Consider what happened 2000 years ago when Jesus began teaching the ways of God. Some of His ideas ran directly counter to the “widespread consensus” of the religion of the day. So, religious teachers and leaders stalked him, trying to expose his falsehoods. They challenged him. They threatened him. They mocked him. They blacklisted him or people who supported him. One formerly blind man who praised Jesus was put out of the synagogue.

Certain they could not possibly be wrong, these Jewish leaders censored and shut themselves off to the truth that could reconcile them to the God they thought they knew perfectly.

Now the Berean Jews were of more noble character than those in Thessalonica, for they received the message with great eagerness and examined the Scriptures every day to see if what Paul said was true. Acts 17:11

What these Berean Jews did here is actually remarkable. You see, this message of Paul went against the core religious paradigm these Jews had embraced their entire lives. His message was controversial, uncomfortable, even offensive. But they listened anyway. They wrestled with the ideas. They checked out the Scriptures to see whether these new ideas were consistent, considering the possibility that their understanding of the Scriptures might have been wrong. In the process, many of them concluded they had been wrong on some key ideas, and they shifted. They learned. They grew. They moved closer to the heart of God. But it only happened because they refused to censor someone with a different paradigm.

One of the greatest gifts I received from my parents was the encouragement to read and listen broadly. Mom and Dad were teachers and not censors. I am sure that there were authors and poets and songwriters about which they had significant concerns, but they encouraged listening with a discerning and examining ear. They chose scholarship over censorship. This was an invaluable grace, without which this book could never have been written.

Censorship will invariably have the effect of blinding us to ideas of ours which are wrong. But sometimes, that is exactly what we want. Sometimes we censor ideas or authors or movements because we don’t want them to be right. It’s not simply an arrogant belief that we can’t be wrong. Sometimes we don’t care if we are wrong.

In 1972, Luther Ingram sang the soulful song: “I don’t want to be right.” If loving a particular girl was wrong, he declared, “I don’t want to be right.” The words resonated deeply with people, and it was at or near the top of R&B charts for several weeks that year. Lyrics like those would typically be frowned on in churchworld, but surely we have felt that same tension.

Of course, this is not limited to church world. It is found in science world, business world, philosophy world. I appreciate the honesty of philosopher Thomas Nagel, who writes:

“I want atheism to be true and am made uneasy by the fact that some of the most intelligent and well-informed people I know are religious believers. It isn’t just that I don’t believe in God and, naturally, hope that I’m right in my belief. It’s that I hope there is no God! I don’t want there to be a God; I don’t want the universe to be like that.” (The Last Word by Thomas Nagel, Oxford University Press: 1997)”

None of us escape this tension. I know I don’t. There are ideas or claims that I definitely do not want to be true. However, it is both foolish and dangerous to refuse to read or listen to ideas I dislike or fear. In order to learn where I am wrong, I must be willing to hear out ideas I think are wrong.

I quote Brian Martin’s plea to his friends in the scientific community, but it is a great word for all of us in church community: “…there are plenty of examples of theories, such as continental drift, that were once treated as outlandish and later became accepted wisdom. However, the key thing is not whether a viewpoint is ultimately judged to be correct, but rather whether it is given a fair hearing, even if it turns out to be wrong.”

It is vital that we partly wrong people give a fair hearing to ideas that run counter to our own. Just like the community of Jews in Berea, we should listen to, and wrestle with, controversial ideas in order to discern where we may be wrong.

[Feature photo by Gellinger at Pixabay.com]

[For each weekday of the month of July (and Aug. 1-3), I am blogging a chapter from my book, Partly Wrong, to be published this fall. This blog is chapter eight. I welcome any feedback that will help to make it a better chapter.]