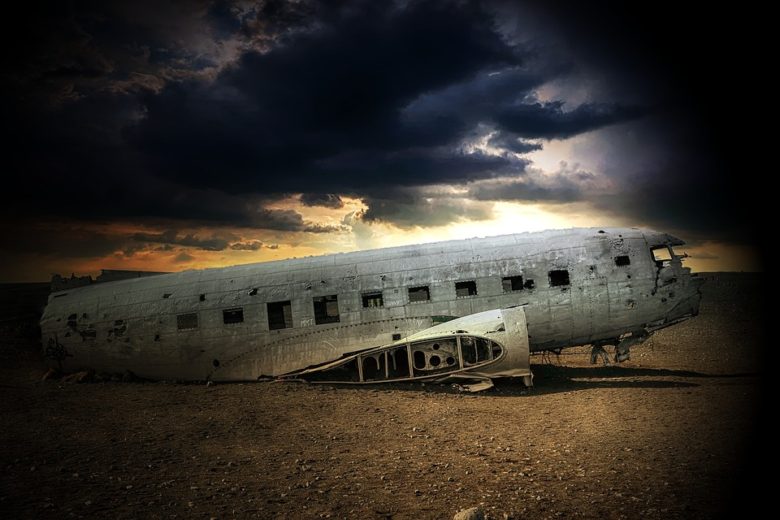 The Bible tells the story of Job. Married. 8 kids. 11,000 head of cattle. Healthy. Wealthy. Wise. Loved God. Within 24 hours, his kids were killed in a storm, and raiding armies killed or stole his cattle, killing most of his ranch hands. He then contracted a brutal wasting disease that left painful oozing sores all over his body.  His wife told him to give up on God and die. Three friends spent days blaming the tragedy on Job’s sin. He suggests otherwise:

“then know that God has wronged me and drawn his net around me. “Though I cry, ‘Violence!’ I get no response; though I call for help, there is no justice. Job 19:7

Others have a different charge:

Summary: Good people (like us) follow God and turn away later and God declares death.  Really evil people (not us—think Ninevites and those sorts) turn to God at the last minute and receive pardon. God gives grace to bad people.  The charge: God’s not fair as a judge.

Should we ever tell God He is unfair?  Is that a conversation we ought to have?

The Father welcomes his children to bring him the cries, aches, anger, confusion, sadness, and wrestlings to Him.  The psalmists model an honest wrestling with God over the pain and injustice of life. God welcomes our conversations, but…there are healthy conversations and unhealthy destructive ones.

And so God says to Job:

The Lord said to Job: “Will the one who contends with the Almighty correct him?  Let him who accuses God answer him!”   (Job 40:1-2, NIV)

It is OK to contend (wrestle) with God; it is not OK to correct Him!  The tone is different: “I have judged you and found you wanting.  Your justice is less than mine, and I charge you with injustice.”  We have moved to the courtroom.  We are not a child talking to a Father. We are a prosecuting attorney accusing a defendant.

God highlights three reasons why we should not take Him to court:

We are ignorant. We are evil. We are dependent. (Sounds lovely, huh?)

When Job took God to the courtroom, what did God do? No lightning strike! Just a verbal test. Some questions: Tell me how long and how wide the universe is?  Where does light come from? How many clouds are there? Tell me the moment when each mountain goat gives birth.

God is not showing off.  God is not mocking Job.  God is graciously humbling him, because Job knows too much. He is dangerously arrogant. God asks Job and us: Of all the knowledge and information in the world, how much of it do you think you know? All the words in all the books and songs ever written.  All the stars in the universe.  All the thoughts people have had since the beginning of human existence.  What percentage of that do you know?  Hmm. Should someone with one gazillionth to the gazillionth power of one percent of the world’s knowledge and information be challenging the One who knows every single detail?

When determining fair, how important is information?  Perhaps a story can help. You are a judge asked to determine a fair penalty.  The story: This man killed this woman.  Do you have all the information you need to make a fair judgment?  No. More info: He was driving a car and hit her. Enough?  His brakes failed, and he could not stop. We’re good now, right?  Would it help to know that a friend told him his brakes were dangerous 3 days earlier?  Have enough information? Hmm. He had a mechanic repair the brakes one day earlier. Does that change your idea of a fair penalty?  More information matters, and we don’t know what God does.  And so Job replies to God:

You asked, ‘Who is this that obscures my plans without knowledge?’ Surely I spoke of things I did not understand, things too wonderful for me to know.” ( Job 42:3, NIV)

Job: I was ignorant, so I had no business judging your justice.  Of course, there is another reason, too: We are evil. God isn’t.

He is the Rock, his works are perfect, and all his ways are just. A faithful God who does no wrong, upright and just is he.  (Deuteronomy 32:4, NIV)

God’s perfect. We aren’t even close, especially when it comes to being fair. Need proof?  Fair can be hard to discern, but here is God’s starting point. “Love your neighbor as you love yourself.”  Are you qualified? Not me.  I was disqualified in nursery school…and every week since.

I get real passionate about fair when I’m exploited. If, after a tornado, you are charging me $800 for 10 sheets of plywood, I am real concerned about fair. But if a desperate person offers to sell me a car for $800, awesome. That’s free enterprise, baby!  In a moment of desperation, however, I would never want people to take advantage of my vulnerability.  I have failed the fair test repeatedly.

When I think about fair, I am concerned about me. Job never says: “God, it’s not fair that I have extraordinary wealth while others beg, that I have many children while others go childless.”  Sin and self-absorption always taint our questions of fair.  And we will now judge God’s fairness? So God asks Job:

“Brace yourself like a man. I will question you and you will answer me.  Would you discredit my justice?  Would you condemn me to justify yourself?  (Job 40:7-8, NIV)

As my brother, Bruce, reminds: you really don’t want to hear God say “Brace yourself.” We have been unfair…unaware.  Yet we judge God’s fairness without blinking.  It’s ridiculous.

We are ignorant. We are evil. We are also dependent.   The Apostle Paul questions:

In grace, God reminds us that we are ignorant, evil and dependent…in order to save us. Here is the grave danger of taking God to court. We invariably distance ourselves from Him. Some will actually claim: “I want nothing to do with a god like that.” (read: a god less righteous than I am.)  We may never voice it that boldly, but the result is the same.  We don’t take Him seriously.  We’ll consider some of his commands, if they seem good and fair to us.  Once you’ve judged God, you dismiss him and take his place. That, friends, is certain death.

So, what are we to do when life is hard, painful, confusing, and—dare I say it—unfair?  God wants us to come as kids, sit in The Father’s lap, and pour out our hearts to Him.  And when your words and tears fade, I can tell you what He will say.  I can tell you because it is the core message of God in the Bible from beginning to end.  He will say two words.

What was the single most unfair moment in all of human history?  When broken sinful people, who had been created by Jesus Himself, tried Him, beat Him, mocked Him, stripped Him, and put Him on a cross to kill Him.  Facing the most egregious injustice the world has ever known, what did Jesus do?

When they hurled their insults at him, he did not retaliate; when he suffered, he made no threats. Instead, he entrusted himself to him who judges justly. (1 Peter 2:23, NIV)

He had already had a lengthy discussion with the Father in the garden about the impending injustice, a conversation that ended with these words: “Not my will, but yours be done.”  I trust you.  I trust the One Who judges fairly.  When life is unfair, God is asking us to do exactly what Jesus did.  Trust me. Trust my knowledge. Trust my goodness. Trust my leadership.  Don’t run from me.  Don’t ignore me. Don’t disobey me.

[Feature photo from werner22brigitte at Pixabay.com]