God and the Realtor: A Christmas Conversation 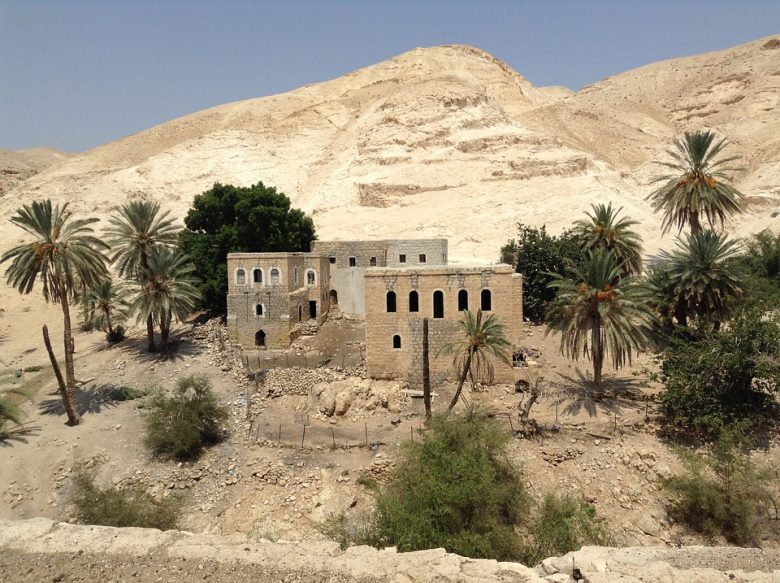 The Word became flesh and made his dwelling among us. We have seen his glory, the glory of the one and only Son, who came from the Father, full of grace and truth. (The Bible, John 1:14, NIV)

I was floored, God, when I got your request to help you move your son into our area here. The chance to be your realtor is a huge honor.  I’ve not had a client of your celebrity before.

I really wish you wouldn’t use the word celebrity, Reuben.  My son isn’t coming to be served; He’s coming to serve.  He just wants to move in and be with people.

You’re refreshingly modest; It’s a nice angle. However, being a parent myself, I know the kind of place where you’d like for your son to live.  There’s this amazing spread in Athens, Greece on a hill overlooking the Mediterranean Sea. Don’t worry; it’s a gated community.

A gated community?  Heavens no!  That will never do.  My son wouldn’t be able to interact with people.  He’s coming to be with people, not isolated from them.  Palaces, walls, gates…that won’t do.

Uh…um…how do I say this?    Without a gated community, he’ll have almost no privacy. People….uh…every imaginable kind of people…could be mobbing him constantly.

Close proximity. Good. He wants that.  Oh, and Athens, Greece doesn’t fit my plan.  Actually, I was looking at Palestine.

Certainly, you’re aware that the nation of Israel has been conquered by Rome. Their freedom is severely limited.  People there are oppressed, frustrated and hurting.  Forgive my directness, but it’s no place for a king.

But that’s where he wants to live.

Alrighty. I’ll trust you on that one. I’m sure we can find him a nice place even there.  Have you thought about a specific city? Jerusalem maybe?

I’m really drawn to the city of Nazareth.

Ha ha! Nazareth. That’s good, God. You should do stand up.  But seriously, what city are you considering?

I love a good joke, Reuben, but I’m serious.  I like Nazareth.  There’s a beautiful lake nearby. Good fishing.

Waterfront is great, but Nazareth?  I shouldn’t say this, but there’s this phrase: “Can any good thing come out of Nazareth?”

Well, my son wouldn’t be coming out of Nazareth; he’d be moving in!!  Get it?  Nazareth sounds appealing.

You’re forcing me to be more blunt than a realtor should be.  Nazareth has a reputation.  There are “women of the night.” It is….shall we say… a “mixed” community. People don’t always keep their properties up.  The school test scores aren’t good.  Are you getting my drift?

I think so.  You know what? I’m having a change of mind.

Thank God! I feel better now. I would never have moved my kid to Nazareth!

Oh, no, Reuben.  Actually, I love Nazareth, and I really want my son to move there…eventually, but I’ve got my eye on another town where I’d like him to move first.

You’re so funny, Reuben. Here’s what I’m thinking.  Near Jerusalem, there’s this, oh, little town of Bethlehem.  You heard of it?

Oh, I’ve heard of it all right. Good luck finding a motel room there! Look, business development has never taken off there.  It’s a poor area.  A lot of minimum wage, blue collar jobs.  It seems like half the workforce is carpenters and shepherds.

That settles it. I love shepherds, and my son…well, he can be born into a carpenter’s family.

I can never tell when you’re being serious, God.  You’re ridiculously wealthy, and yet you want your boy to grow up in a carpenter’s home where income will be day-to-day, if it comes at all?  I mean, your son would be giving up almost everything he now enjoys.

Reuben, you’re catching on.  Giving up what you have in order to bless others is the very best kind of life.  You’ll never ever change a neighborhood for good without paying a price.

Alrighty then. Bethlehem it is. So, when do you want to make the move?

I’ve thought about that a lot.  Timing is critical.  I want him to come when Roman Emporer Caesar Augustus takes a census while Quirinius is Governor of Syria.

Uh… you do know, then, that you’ll be moving him into a town under the iron-fisted rule of Herod, perhaps the most paranoid and violent leader of that time.  He’s had his own sons executed.   He’s a very dangerous man.

I think I’ve heard of this Herod, but I’m not worried about him.

Well, maybe you should be.  I know this sounds over-dramatic, but your son may have to flee his homeland on the run for his life. Forget Bethlehem. He could end up a refugee in a foreign country…or dead.  Here’s my advice: Herod’s not in the best of health and rumor has it he won’t live two more years.  You might want to wait a bit longer for the move. I’m just saying.

I really appreciate your concern, Reuben, but you’ll have to trust me on this one.  I can’t wait any longer.  The timing is perfect for my plan.  I’m ready to sign the contract.

As I always say, the client is the king! So, let me summarize: You want to move your son into a poor carpenter’s family where he’ll be born under questionable circumstances.  His first home will be in Bethlehem, from which he’ll flee for his life to Egypt, where he’ll live as a refugee for months.  He’ll then move to nowhere Nazareth, where he’ll grow up in obscurity with riff-raff and eventually end up homeless before being unfairly tried, sentenced and killed for a capital crime.

For this reason he had to be made like them, fully human in every way, in order that he might become a merciful and faithful high priest in service to God, and that he might make atonement for the sins of the people. (The Bible, Hebrews 2:17, NIV)