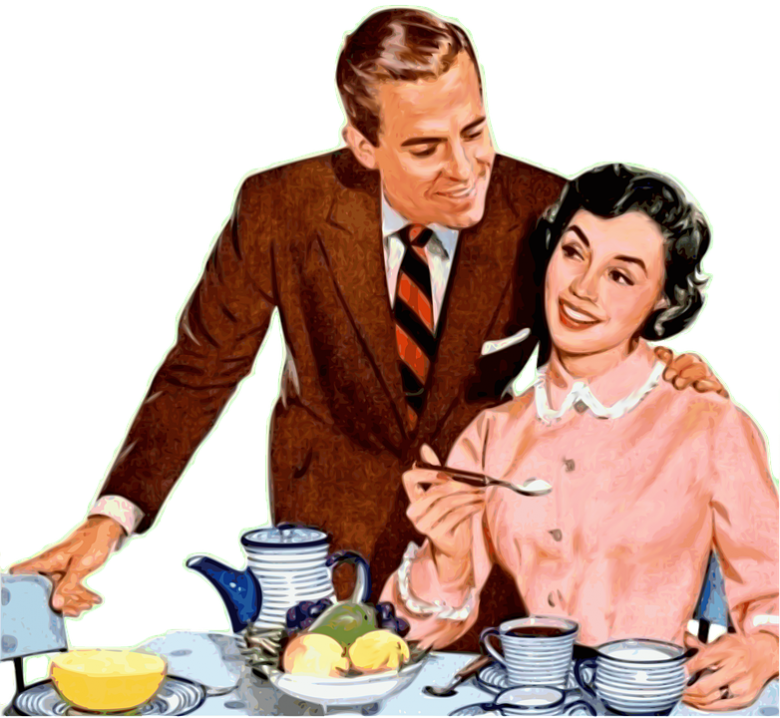 God is the King of the world, Giver of life, Creator of men and women, Designer of marriage, and Lord of peace Who instructs us in the way of His shalom. So, God, the word on the street is that you want the husband to be head of his wife. Is that true? He answers:

Submit to one another out of reverence for Christ. Wives, submit yourselves to your own husbands as you do to the Lord. 23 For the husband is the head of the wife as Christ is the head of the church, his body, of which he is the Savior. 24 Now as the church submits to Christ, so also wives should submit to their husbands in everything. Eph. 5:21-24

The answer is yes. Okay, we’re done here, and this is the shortest blog Roger has ever written.

God’s answer requires a second question: What in the world does that mean? People who take God seriously and believe He has spoken with authority for our good in the Bible must then wrestle with what God means by “head” or headship. You likely have a default idea of what “head” means. You picture in your mind what that looks like in everyday married life. Our question is whether your default idea (or mine) fits the heart and instruction of God throughout the Bible. I will humbly submit (pun intended) my understanding from the Bible in hopes that it will prompt you to prayerfully study further and clarify what you believe God is saying.

I believe that “head” refers to a role because of its connection with the word submit. Some people I respect deeply believe that the word means “source” here, but even then, you must discern what God means for the wife to “submit.” If you understand head to be a role, what is that role? I can almost guess what you’re thinking.

Consistently, this definition of “head” gets reduced to the question of who’s in charge or who gets to tell whom what to do. With sin’s entrance into our world came an obsession with—and fighting for—control. Using power or authority for self-advancement. Power has become synonymous with significance or “greatness,” the term Jesus persistently redefined for his disciples, who jockeyed for “thrones” in His kingdom. Jesus championed a community un-obsessed by ruling others, loving to serve instead.

You know that the rulers of the Gentiles lord it over them, and their high officials exercise authority over them. 26 Not so with you. Instead, whoever wants to become great among you must be your servant… (Matthew 20:25-26, NIV)

And Jesus lived His words. The Lord of the universe wasn’t obsessed with dominating people, manipulating control, securing accolades or using power to serve Himself. Humble partnership is the way of the three-in-one God. Jesus, the Son, delights to follow the Father’s directives. The Father happily places everything under the dominion of Jesus (Ephesians 1:22). In their partnering community, Father, Son and Spirit—absolute equals–are beautifully unconcerned with control. Partnership and chosen submission are a delight. God made us to join into this grand communion.

So God created mankind in his own image, in the image of God he created them; male and female he created them. God blessed them and said to them, “Be fruitful and increase in number; fill the earth and subdue it. Rule over the fish in the sea and the birds in the sky and over every living creature that moves on the ground.”( Genesis 1:27-28, NIV)

Adam and Eve are called into a partnership where they will jointly manage the care of the earth and all living things. They are called to care, not control. To manage, not manipulate. To serve, not subjugate. This was also their call as marriage partners. Later in the Bible, Peter will remind married couples that they’re heirs together of the gracious gift of life. Specifically, Peter addresses men, who face one huge challenge to living as “equals” with their wives. Here are Peter’s exact word (For fun, see if you can pick out the politically incorrect phrase he uses):

Husbands, in the same way be considerate as you live with your wives, and treat them with respect as the weaker partner and as heirs with you of the gracious gift of life, so that nothing will hinder your prayers. (1 Peter 3:7, NIV)

Weaker partner. Did you happen to notice that? Good, because it’s very important. Troubled by the word “weaker,” don’t miss the word partner. “Treat them with respect as…partner.” The NIV translators have chosen the word “partner” because of its relationship to the word for “heirs with you.” Marriage is to be a partnership. Men may find this most challenging. Why? Because of their power. Most men can physically overpower women. Throughout history, men have almost always had more earning power and cultural power. Those with power feel the sinful pull to live, not as equals, but as superiors. The pull is to harness their power for “me, not us.” The unflinching word is for men to live with their wives, not as superiors, but as partners and equal heirs together of the gift of life.

They can figure out together where each is most gifted and intuitive. They can gladly surrender arenas of decision-making to each other in a way that reflects the submissive joy of the Godhead. They are to teach and lead the children God gives them. Their children are called to obey and respect the teaching of both Dad and Mom. The marriage partnership is part of God’s plan for shalom in the world. He calls the husband to coordinate and champion the partnership. He calls the wife to a submission that cooperates with him and alongside him, not beneath him. This beautiful partnership is too vital to leave to chance, so God assigns a head to champion the partnership.

I offer my understanding of the Scriptures as a catalyst for you to weigh out your own. You may disagree with my interpretation, and you may be right, but no one escapes making an interpretation. You may lean toward a more directive head role, remembering that “the husband is head of the wife as Christ is head of the church.” That is strong indeed. But you still must clarify what that looks like. Is the husband lord of his wife as Jesus is Lord of the church? Does he determine what is right and wrong for her? The church is to obey every instruction of its head, Jesus. Is the wife, then, to obey every single instruction of her husband? The church is never to correct its head, Jesus. Are we to say a wife is never to correct her husband? What does it mean, then, for the husband to submit to his wife, as Ephesians 5:21 instructs? Would we say that the husband has nothing to learn from his wife? Would we say that they should always follow the intuition of the husband?

As we wrestle with defining the words “head” and “submit,” we dare not miss the reality that marriage is a partnership of two people made equally in the image of God, co-heirs of the gracious gift of life, co-stewards of God’s material world who are called to “submit to one another out of reverence for Christ.” May God help us to live out this beautiful reality.