justice and mercy right and wrong 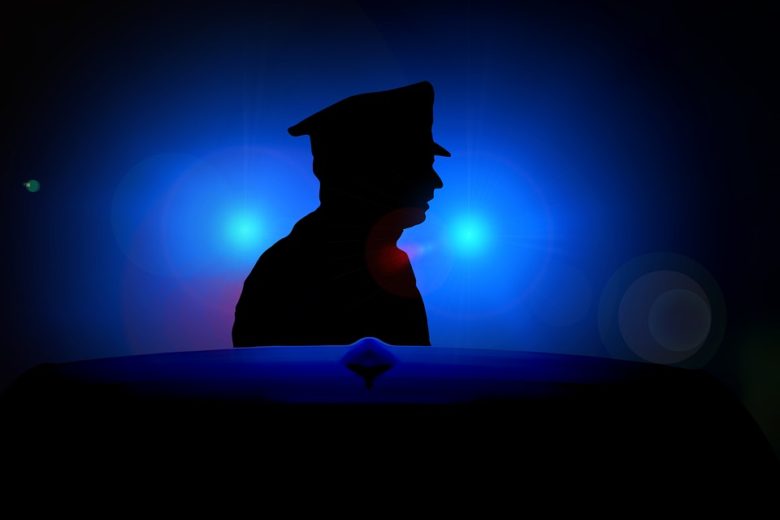 My name is Roger. I am a white 54-year old living with my wife, Joy, in Huntsville, AL. I am a pastor, and I sell stuff online. I have four children and seven grandchildren. A few months back, I was pulled over by a police officer. He gave me a ticket for failure to come to a complete stop, and he was right. He told me he could also give me a ticket for a dangerous lane change, but he didn’t. I know that you have the freedom to make those kinds of calls–to extend mercy–and I am grateful that you do that. Very grateful.

I am deeply appreciative of the work you do, and the risk you take every day to protect my life and the lives of others. Frankly, I would not want your job. I cannot even imagine the weight that comes with carrying a gun and knowing each day you may have to use it. I would never want the split second kinds of decisions you have to make, decisions that can involve life and death. When I leave for work, my wife never wonders if I might lose my life on the job. Your family carries that weight. Thank you.

Police officers have been in the news a lot lately. I can loosely relate, in that clergy have been in the news a fair share themselves over the last several years, and there has been a lot of anger directed at them. I’m sure you can relate. I have tried to learn from some of the concerns or criticisms directed toward my profession, especially where the concerns are shared with some measure of good will. In that vein, I would like to share a couple of thoughts that have been pressing into my heart for you, the one putting your life on the line to keep me and my neighborhood safe.

The ticket I was given recently was my first in 31 years, but I have had several “conversations” with an officer about my driving. Almost always, the officer has been reasonable and respectful. I will tell you, however, that I have had two profiling stops, in both cases because I was driving a crappy van with an out-of-state plate. I will never forget those stops.

Close to twenty years ago, I was driving with my family to visit my in-laws in my wife’s South Carolina hometown. Speeding in that town will ALWAYS cost you money, and we didn’t have much money, so I never sped there. I still don’t! But on that day, the officer driving down the street toward me turned around in a convenience store a block behind me and then sped up to catch up with me. I pulled over for the blue lights. When I rolled down the window, he said that he had been following me for 3 miles and that he had clocked me going 50 mph. I was stunned…and angry. I respectfully but firmly told him that he had been following me for only 3 blocks, that I had never exceeded the posted 35 mph, and that he must have driven 50 mph to catch up with me in 3 blocks. After peering in the vehicle and going to his car to check my information, he returned to my van to give me a verbal warning.

Five years ago, I was driving with my wife and two youngest kids in a faded old green & white 1987 camper van on an eastbound interstate just south of Chicago. partway through a cross-country trip. I saw the officer parked next to the speed limit sign, but there was no problem since the heavy traffic made speeding impossible. Still, the officer pulled out and began casually following me, alternately pulling behind me and then pulling up beside me. Three miles down the road, the flashing lights came on, and I slipped to the side of the road. The very courteous officer who came to the window told me that he was stopping me for speeding but assured me I had nothing to be concerned about. Would I please get out of the vehicle? And when I did, that’s when another officer got out of his vehicle with a drug-sniffing dog and took a stroll around my vehicle. I was given a written warning…from the narcotics enforcement division.

I have no doubt at all that the officers involved in both those stops meant well. They were simply trying to thwart crime, and there was probably a day when I thought that officers probably had to do those kinds of things, but something changes when it happens to you. I cannot explain the feeling when someone with a badge and a gun looks you in the eye and lies to you. It is a mixture of shock, anger, confusion, and helplessness. You are falsely accused and you are powerless to do anything. The officer is going to be believed before me. I don’t stand a chance. I am sure one can rationalize that those kinds of stops have to be made, but I wonder if it doesn’t create a bigger loss. What I felt was just a little bit less trust. How can you not? And I have to believe that makes your job harder down the road. I expect those officers left those encounters feeling like their state was a bit safer; I left feeling their state was a bit less safe.

I am sure that people lie to you every single day that you serve. That should never happen, and I am sorry it does, but if you lie, it has extraordinary consequences; it is almost like me lying in a court of law. When you pull me over, the weight and integrity of the court and government comes to my window with you. You have the power to assign fines, put me in jail, or even use fatal force, if necessary. You can be angry with me, but if I am angry with you, it can have serious consequences. I have to know you are going to tell me the truth. I guess I just wanted to tell you what it feels like on the other side of the window.

Your job is enormously challenging. Just two months ago, I made a decision that every single time I see you or your vehicle, I will pray for you. I have never prayed this much in my life! Where I live, I will sometimes see as many as 15 police or sheriff vehicles a day, and every single time, I pray for the man or woman behind the wheel. You matter too much, and your job is too important. I must pray. I also pray that you’ll understand one other concern I share.

We all make mistakes. God knows that clergy do!! Officers are no more immune than I am. Officers make mistakes and on occasion they do the wrong thing. Sometimes they have the wrong attitude or a bias. Nobody escapes this—not me, not you. You know this of course, but sometimes it feels like raising a question about an individual officer’s behavior is somehow questioning the integrity of the entire police community. That it’s un-American. It is why officers turning their backs on NYC Mayor de Blasio at a funeral service last year was so troubling for me. It feels like the behavior of officers must never be questioned. And if a city leader can’t raise a question about police practices or decisions, what chance do I have? Or anyone else?

There are occasions where an officer has “blown the whistle” on a fellow officer’s behavior. You may have done that yourself, and I deeply admire that courage, because the stories I have read do not usually end up well for the whistle-blowing officer. And then there are those disturbing instances of multiple officers filing reports of a police shooting, when the video evidence shows an entirely different story. That concerns and angers ordinary people like me; we can’t help but wonder how often that happens and when it could happen to us. I hate to say it, but it has that feel of when church officials have “covered” for the transgression of a fellow clergy member. It is a terrible thing for clergy to do and a terrible thing for officers to do. But I have to wonder sometimes if officers feel trapped. To “tell the truth” is likely to cost you your friends, your job, your family’s sense of well-being, and possibly your career. I cannot imagine that kind of tension.

Unfortunately, in those instances where an officer is not honest, it creates a terrible cycle. Not only is it unjust, but people begin to trust officers less, and they don’t trust that justice will be served if an officer does the wrong thing. People that don’t trust officers are less likely to be respectful or responsive. Those disrespectful behaviors make encounters with officers that much more tense. And a lot of those tense encounters don’t end well.

[Feature photo from geralt on Pixabay.com]