Jesus and God people and places right and wrong

Can We Ever Love Our Country Too Much? 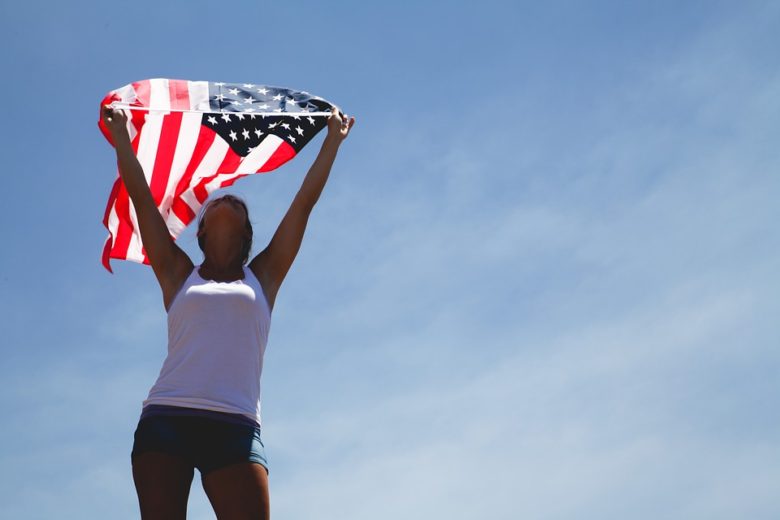 Our current national debate about Colin Kaepernick and how to honor the American flag and country raises a vital question: Is it possible to love our country too much?

Jesus said some outlandish things.  Here is one of them.

The weight of these words is staggering.  Jesus claims a higher love and allegiance from me than my love and allegiance for my own parents.  The choice to follow Jesus is a choice to love and obey Him more than any other person.  Even as I write those words, they feel audacious.  They can only make sense if Jesus is in fact the God who made us, loves us, and knows what’s best for us.  To love or honor or obey any other person above him would is to work against our own good.  Loving Him most is best for us and for the world.

We can love our country more than God.  In our current climate of passionate patriotism, we Christians need to ask God to show us if that is in fact happening.  I feel that it is slipping up on us in some subtle ways.

You know well the passion these days around the question of how one should honor his/her country and the flag that represents it.  For some time now, some American athletes, protesting the unjust treatment of blacks in America, have taken a knee during the singing of the national anthem prior to the game.  You are also aware that our President called those protesting athletes “sons of bitches” (direct quote) who should be fired by their employees.  Social networking sites are clogged with passionate–often harsh–responses either in support of these athlete’s actions or in denunciation of them. You have your own strong emotions.

My thoughts here are specifically for my Christian brothers and sisters.  I have seen the names we have called these protestors: thugs, cowards, spoiled brats, women.  I have seen the conclusions that they are spoiled and ungrateful and disloyal and disrespectful and that in fact, it would be best if they were to leave our country.  And why?  Because they did not honor our flag and country as we think it should be honored.

Let me ask it another way by changing one element of the current story.  What if the person taking a knee during the singing of the national anthem was a nun publicly protesting a country that sanctions the killing of hundreds of thousands of unborn babies?  Does that change anything?  Would we still be calling her a thug or a coward or ungrateful or disrespectful?  Is anything evil our country does worth an act of protest that would be seen as disrespectful to the country itself?  Could some egregious violation of God’s heart make it impossible for you to offer your full and unqualified allegiance to our country?

My veteran friend, as part of a reflective conversation, answered my question with a yes.  Obviously, I can’t answer for you, but for me, the answer is also yes.  My first love and allegiance has to be for God and His way. It is a matter of conscience. There are evils so serious that I would have to publicly display my greater love.  So one day, I just might be that “son of a bitch” who ought to lose his job and should leave our country.

Devin McCourty of the NFL’s New England Patriots, a Christian, had this to say about his decision to take the knee during the anthem this past Sunday: “As a leader on the team, a lot of guys came to me and they didn’t know what to do. They just were kind of angry. It was good Saturday. We all kind of talked as a group of releasing that anger and not being angry. We were in chapel and a lot of guys talked about that in our faith, God is first. We wanted to come together.”

What drove his decision was the belief that a love for God has to supersede a love for country.  You may not agree that the evil he protests is worthy of such a stand.  You may not draw the line where he draws the line, but surely a Christian would say that there must be some line where my allegiance to God supersedes my allegiance to my country.  If there is no line whatsoever, perhaps we have come to love our country more than God.

Finally, I believe that we Christians love country more than God when our patriotic passion causes us to respond to these protestors in ways that do not fit the heart and way of Jesus.  I really don’t have to guess how Jesus might respond.  When Jesus walked our planet, he lived as a Jew whose country had been overtaken by Rome.  Some Jews had turned on their people, becoming tax collectors for the occupying country. They were seen as traitors.

Jesus encountered them regularly, but at no point does He call them thugs or cowards or “less than men” or “sons of bitches.”  At no point does he call for them to be fired or to leave his homeland.  Just the opposite.  He went to have meals in their homes.  He called them to join his band of followers, and the one who did—Matthew—is ironically the very person who recorded the earlier words of Jesus that we love Him more than Dad or Mom.  Jesus loved and befriended these people seen as traitors, and He was verbally assaulted and demeaned for doing so.

I don’t believe these protestors taking the knee are traitors; you may respectfully disagree.  But surely, our allegiance to Jesus means we must love them like He does, speaking about them and to them in ways that reflect grace and compassion and respect.  Because we love Jesus.  More than anything.